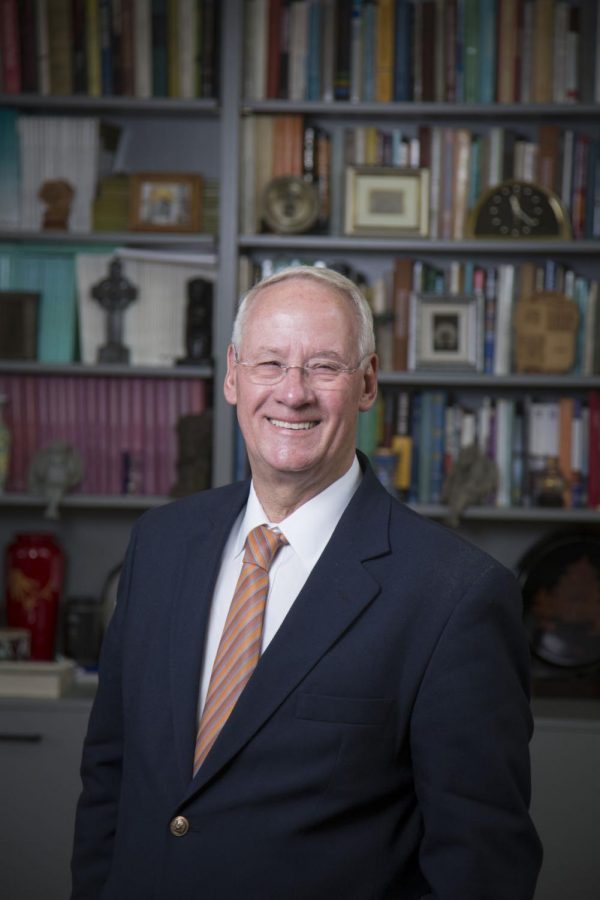 Oregon State University President Ed Ray sat down with The Baro to discuss Ray’s opinions regarding the views of ASOSU Rep. Andrew Oswalt.

Joe Wolf, Baro ASOSU Beat Reporter: You talk a lot about the climate of this university, and how there are students who don’t feel safe. I think one of the things that has contributed to that, at least very recently, has been the very large and controversial story around a member of our Associated Students of Oregon State University, Andrew Oswalt, and the sorts of views–exclusionary, racist, white nationalist– that he has expressed and he has continued to express. I would like to hear, obviously you’ve affirmed your and the university’s firm commitment against these sorts of beliefs on many occasions, but is there anything you think you, as our university president, can do to combat these sorts of ideas, or to make OSU a more inclusive place in our society.

President Ed Ray: “I don’t how many of your listening audience know who Andy Young is, but Andrew Young was one of Dr. Martin Luther King Jr.’s lieutenants in the 1960’s. Very dynamic, articulate man himself. He served as mayor of Atlanta. He was a U.S. ambassador to the U.N. They asked him recently about the climate that we’re in and what his take on it was, and it was wonderful. He said that Dr. King used to say that there are few things more dangerous than sincere ignorance and enthusiastic stupidity.

So what I think of our friend in ASOSU is that he no doubt is sincere, he’s not doubt enthusiastic; he is ignorant, and the things he said are incredibly stupid. I will continue to speak out and continue to do everything I can to let people know here that that’s not us. That’s not who we are  We all have concerns and positions regarding the media. I think a free press and free media is absolutely essential to democracy, but sometimes the media makes me crazy just like everybody else, and one of the places they make me crazy is giving people like that a platform. I don’t think that’s news, that there are people that are ignorant and stupid. So I’m not sure why it gets the kind of play it does, except to sell newspapers.

There’s nothing this fellow has to say that I would care to hear, or I would think most of your listeners would care to hear. So the fact that he gets an audience is unfortunate. And let me try not to sound condescending. I grew up in a world in which we were really encouraged to speak out and stand up for ourselves. Somebody yells at you, and you yell back. Well maybe that’s my New York City background, I don’t know. I would really encourage our students, all of you have grown up in a world that just seems everyday less safe and less reliable than the world I grew up in. So it’s hard for you to find, many of your colleague students, to find firm footing, to take a stand on issues and be declarative. That’s the answer.

When you get someone who gets up and says things that are hateful and vile, somebody needs to take them on and challenge them, and dare them to share facts. Somebody needs to take the affirmative position, not just react to negative commentary. If you want to know the best free speech way to deal with people who deal with free speech to be abusive and hateful, it’s for others to stand up and say ‘No, this shall not pass, that is not acceptable, here are the real facts.’

You have an obligation to your fellow students and to human kind, if you have the position and the capacity to speak with authority about what shall not pass, what is wrong, what is ignorant and stupid, you have an opportunity to step up and do it and I wish you.”