Past OSU athletes to Olympic medalists 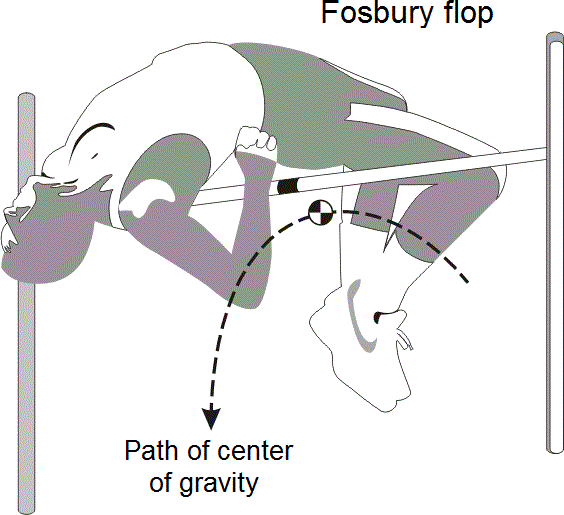 This article was updated on Feb. 19, to correct an inaccurate date and photo.

Ever since Oregon State University was founded in 1868, thousands of students athletes have competed as a Beaver. Many of those continued their competitive careers in professional leagues or coaching. Some however, stand out from the crowd and advanced to the Olympic Games. Whether it be gold, silver or bronze, these Beavers were the best of their time, and have left a legendary mark in OSU’s history.

He was born on March 6, 1947 and grew up in Medford, Ore. Fosbury started high jumping for Medford High School before attending OSU in 1965.

Berny Wagner, track and field head coach at the time, wanted Fosbury to practice the original jumping form known as the straddle method—a front flip over the bar. However, Fosbury had other ideas and began experimenting new ways of getting over the bar.

In the first meet of his sophomore year, Fosbury cleared 6 feet 10 inches using his original method of jumping to break the school record. With that, the “Fosbury Flop” was born. He competed in the 1968 Summer Olympics, where he introduced the “Flop” on a global scale. Fosbury cleared 7 feet 4 inches, and took home the gold medal for the U.S.

Fosbury finished his schooling at OSU in 1972, graduating with a degree in civil engineering.

To this day, almost all high jumpers around the world use his technique to get over the bar. His revolutionary use of skill and athleticism makes him one of OSU’s most famous alumni of all time.

During his time at OSU, Payton became the 1987 Pac-10 Freshman of the Year and Defensive Player of the Year. He was also featured as the best player in the nation by “Sports Illustrated,” earning himself the cover of theiPayton took the school record for points, field goals, three-point field goals, assists and steals–all of which he still holds today, except for career three-point field goals. He carried the Beavers to the NCAA Tournament all three years before declaring for the NBA in 1990.

His trademark defense earned him the nickname “The Glove” due to his ability to cover opposing guards tightly and create pressure to offenses. Payton participated in the 1996 Atlanta and 2000 Sydney Olympics, where the U.S. won gold in both of the events.

After moving around the league, Payton landed in Miami, where he won his only NBA Championship in 2006 with the Heat. He retired the following year.

In 1996, “The Glove” was elected into the OSU Sports Hall of Fame, where the school retired the No. 20 jersey in his honor. Payton would return to Corvallis in 2014 to watch his son, Gary Payton II, play for the for the Beavers, just like his father.

In 1979, the OSU Women’s basketball team acquired arguably the greatest female basketball player to ever step into Gill Coliseum—Carol Menken-Schaudt.

Menken grew up in the small town of Jefferson, Ore., where she was never able to play competitive basketball due to the coaches lack of availability. After she graduated from Jefferson High School in 1979, OSU agreed to let Carol play under a partial scholarship.

The next season, Menken’s senior year, she was named a 1981 All-American, which she led the nation in field goal percentage at .750. She registered double-doubles for points and rebounds in 55 collegiate games and recorded a career scoring high of 51 points.

Menken still holds OSU’s career records for points with 2,243, rebounds with 901, and field goal percentage with .692.

After her college career, Carol was selected to the U.S. women’s basketball team for the 1984 Los Angeles Olympics. The U.S. took on South Korea for the gold and won by 30 points with 85-55 as the final score.

She was inducted into the Oregon Sports Hall of Fame in 1993.