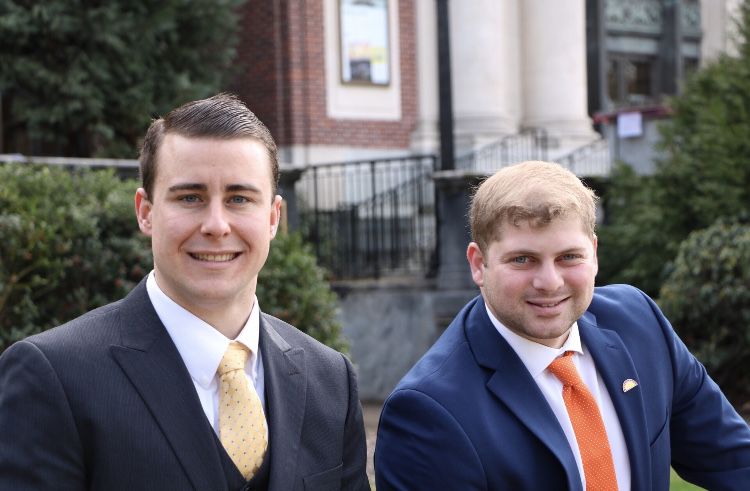 Running on the tagline “Building a Brighter Future,” presidential hopeful Peter Halajian and his running mate Wyatt Swick want to promote a conservative and pragmatic approach to student government.

According to Halajian, he was interested in running for president last year, but did not have as deep of a knowledge of the organization. The current Speaker of the House wants to help ASOSU do more to market itself to students, as well as look into updating the constitution.

“The first and foremost biggest thing for me is transparency and engagement,” Halajian said. “I think people have heard of us, but I do not think a lot of people know all of what we do or why they should care.”

Fiscal responsibility for this ticket is also key, according to Halajian. He would like to maintain current service levels for student fee-funded units, and not increase costs for students.

“As president, I can do a lot to bring more attention to the process,” Halajian said. “I would like to get students more involved in the fee process. Ultimately, it is going to be up to the students themselves if they want to be involved in ASOSU.”

For Halajian, his time as speaker, working on the student fee process, has given him the insight he would need as president to make the deciding vote on fee levels.

“People can rest assured that there will be a critical but fair eye watching the budget process,” Halajian said.

According to Swick, his approach to managing the Senate would be making sure to observe before acting, whereas he sees Halajian as more outgoing. The vice presidential candidate and current member of the House also noted his upbringing in a liberal family while Halajian was raised conservative.

“We come at problems from different angles, but the solution nine times out of 10 is the same one,” Swick said. “It does not matter whose idea it is, it just matters that we get it done.”

Another one of the goals the pair hopes to accomplish is reforming ASOSU elections. The ticket would like to make it easier for candidates to campaign, such as working with University Housing and Dining Services and the university’s administration to see what ways students can get their messages out through fliers and other means without interfering with classes, according to Halajian.

“Also, raising the spending cap,” Halajian said. “It is hard to budget $300 when you are trying to reach thousands of students.”

According to Halajian, his time in the Army Reserve Officer Training Corps has taught him how to be calm under pressure. The presidential hopeful has been a part of the efforts to potentially remove and now recall Andrew Oswalt, feeling that he has more experience than the other candidates.