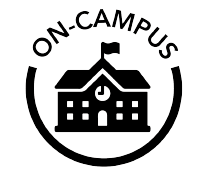 When renting an apartment or house, individuals should carefully read the lease and understand the landlords’ expectations, Tracy Oulman, Housing & Neighborhood Coordinator for Corvallis, said.

“Be clear on your lease terms and know what you are committing to,” Oulman said. “For example, if the policy is no smoking be prepared to honor this expectation. If smoking does occur, don’t be surprised if you are required to pay to return the unit to its original smoke-free condition.”

Oulman said the best way to shrink problems a tenant has with a landlord is to talk to them.

“The first thing that we would say to somebody who called (to file a complaint) is, ‘Have you contacted your landlord?’” Oulman said.

Todd Easton, the code compliance supervisor for the Corvallis Housing & Neighborhood Services Division, said that the Corvallis Livability code addresses the minimum living standards for landlords and tenants. These standards include aspects from habitability issues like lack of heat or electricity, to general maintenance problems.

“It addresses the specifics of who is responsible,” Easton said. “It’s online and very easy to search, just one chapter.”

The Livability Code is fairly new and was implemented just over a year ago after being developed for about five years. The Livability Code replaces a more general rental housing code and clearly defines roles and responsibilities for both landlords and tenants.

“It would be a useful tool to somebody who is considering filing an issue to take a look and see if they are meeting their own responsibilities as well,” Oulman said.

Easton said a common misconception the department sees is the belief that the city can help them with legal problems regarding their renting status.

“The city is not really a legal entity, it’s not to advise law,” Easton said. “We get a lot of those calls, wanting legal advice. We can’t do that.”

Oulman said that as students, there are helpful resources on campus for legal

“I would encourage students if they have any questions to contact us,” Friedman said. “So often questions require individual attention.”

Most landlords would rather not deal with major problems like lawsuits or evictions, Friedman said.

One situation that the ASOSU Student Legal Services office deals are conflicts between roommates.

“If a landlord has each individual sign a lease, from our perspective, that’s easier,” Friedman said.

According to Friedman, issues caused by a single roommate tend to be difficult when all are on the same lease. To evict a single tenant, the landlord must evict all individuals on the lease.

“What sort of problem is it with the roommates? Is it just that somebody doesn’t get along with somebody, or one roommate may be just a pig and no one wants to live in that kind of situation?” Friedman said. “Roommate situations for us are often the toughest ones to come to a completely adequate situation.”

Oulman said a similar situation can be solved easier when dealing with neighbors as well.

“Be mindful of your own impact of what’s going on around you,” Oulman said. “Get to know your neighbor. Don’t wait for something bad or negative to happen before you say hello.”

Easton said most of those intending to make a complaint have not spoken to their neighbor.

“If a neighbor has a complaint about another neighbor I ask, ‘Have you spoken with them?’ and it’s usually, ‘No,’” Easton said. “After they agree to speak with them, it usually works out pretty well.”

“A lot of problems can be solved just by being friendly,” Oulman said.