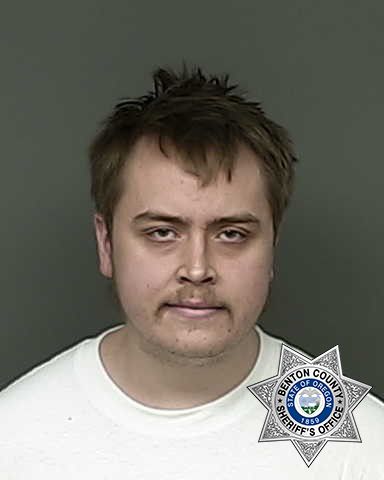 22-year-old Christopher Strahan was arrested yesterday for making threats of violence over Twitter towards Oregon State University and the community.

Strahan’s bail has been set at $100,000 and he will remain in custody at the Benton County Jail.

OSU was made aware of the threatening tweets authored by Strahan from SafeOregon, an organization that informs schools of potential risks or threats as seen on social media.

There were no firearms located in Strahan’s residency and Oregon State Police is not aware of any firearms he currently has in his possession.

During the arraignment, the state of Oregon requested that if Strahan is released, he is to have no access or use of weapons, no contact with anyone affiliated with OSU or the campus, no use or possession or alcohol or other substances unless legally prescribed and no use of social media. The presiding judge granted all requests by the state.

Strahan was a student from fall of 2014 to March of 2017, said OSU Vice President of University Relations and Marketing Steve Clark.

According to Clark, OSU plans on expanding their social media monitoring. The current software for the monitoring processes searches for keywords in public social media.

Strahan’s next appearance in court is set for March 8 at 10:30 a.m. at the Benton County Courthouse.

The Barometer will continue to provide updates as further information becomes available.