Best of: Treat Yo Self Dinner 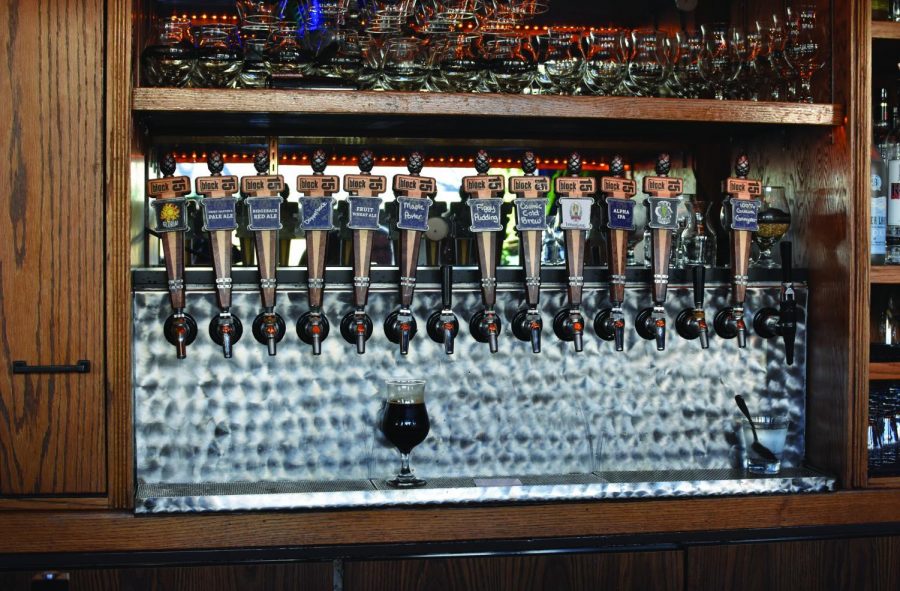 Block 15 is a homegrown Corvallis pub and brewery that provides a unique dining and brewing experience. Block 15 has two locations in Corvallis, a pub on Jefferson and a brewery house in  south Corvallis.

According to Seth Steiling, marketing director for Block 15, the establishment is dedicated to creating a brew pub with good food and beer that is a community space. Block 15 also works with local farmers, foragers and vintners to create their menus, according to Steiling.

“We want to support and respect and reciprocate the community that has supported us,” Steiling said.

Block 15 is a brewing leader in the west, according to Steiling This is partly attributed to their cool ship program—an old and practiced Belgian practice of beer brewing that uses an alternative way to ferment, known as “spontaneous fermentation”. This cool ship gives a unique taste that is strictly Block 15.

“The beer is inoculated by atmospheric microorganisms,” Steiling said. “This provides a unique expression of our location.”

According to Steiling, Block 15’s owners, Nick and Kirsten Arzner, create an environment where new ideas and creativity are encouraged by the staff.

“It didn’t take long to make my place here special, and that makes me grateful. I’ve never worked in an environment with so much camaraderies,” Steiling said.

Block 15 is focused on reflecting and giving back to the Corvallis community, according to Steiling.

“We see ourselves as part of the community, and we’re determined to be as much of a fixture in creating a healthy local community,” Steiling said. “We want to have a cool space with good food and beer, and we treat everyone with respect.”