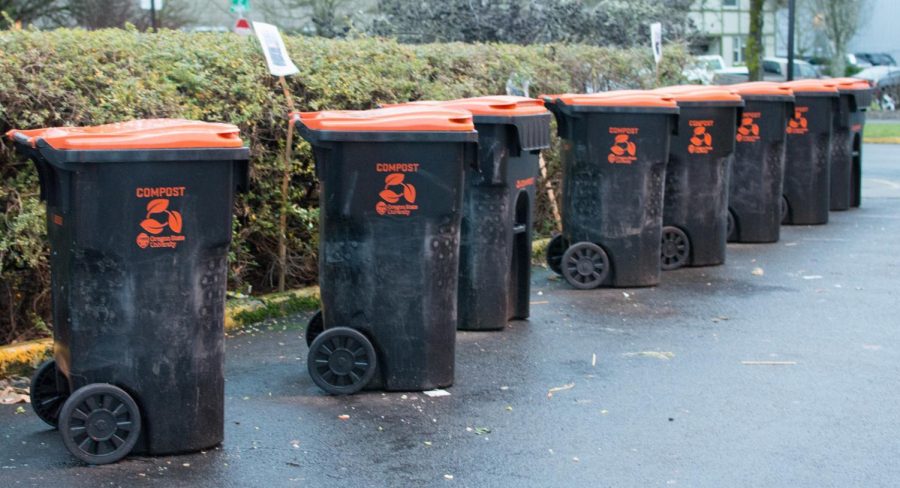 Seventy-two billion pounds of food is lost each year, according to a Feeding America webpage. OSU’s UHDS is working to combat this by implementing a new program called LeanPath that helps prevent food from being wasted.

During the No Food Left Behind Campaign in the summer of 2017, the joint program between  the  Student Sustainability Initiative and Campus Recycling, who call themselves the Waste Watchers, discovered the LeanPath program when looking at ways other places have reduced their wasted food, according to Amanda Carlin, the SSI rep. for the Waste Watchers.

“During the research, we found the program LeanPath,” Carlin said in an email. “There was a case study done when Intel installed it in one of their food cafes, and we were floored at how much wasted food it prevented.”

According to Carlin, the LeanPath technology helps food facilities track the different types of food that is being thrown away and puts that data in an easy-to-use format.

“It is formatted in a way that adds very little time to the staff worker when putting in the information so previous other tasks won’t be significantly delayed,” Carlin said.

Having limited control and power to implement such a large project, the Waste Watchers brought their information to Dining Operations Manager, Chris Anderson, who followed through on the grant application process.

“The grant process was routed through the OSU Office for Sponsored Research and Award Administration, whose team was exceedingly helpful in navigating parts of the grant application speaking for Oregon State,” Anderson said in an email. “Ultimately the DEQ asked us for our plan, how we intended to implement, how we intended to measure success and how we anticipated to budget for that plan.”

According to Anderson, the goal of the grant is to prevent wasted food. Using RecycleMania data from 2017, Anderson has estimated UHDS dining centers generate approximately 200,000 pounds of food waste annually. However, he is expecting that the new technology will help establish a more accurate baseline of information about what waste is occurring.

“The technology helps measure food waste by taking images and weights of food being discarded, and allows users to track to better understand where wasted food is being generated,” Anderson said. “Our goal is to adjust UHDS operations and reduce the amount of food that we produce from being wasted.”

Wasted food is a common occurrence in the dining centers, according to Cara Hettick, a previous student worker in Arnold Dining Center.

“Once I found a whole bowl of ramen being thrown out,” Hettick said. “This happened almost every shift with various food items.”

In addition to consumers contributing to food waste, there is day-to-day waste that happens in the dining halls simply because of procedures, according to Hettick.

“In my time in the bakery a whole thing of scone batter was thrown out because the wrong type of butter was used,” Hettick said. “There is also a policy that anything older than two weeks gets thrown away no matter what.”

According to a Feeding America webpage, 72 billion pounds of food is lost each year, not including waste at home.

There are several ways one can start preventing wasted food, according to Carlin.

According to a UHDS webpage, UHDS is a campus leader in sustainability. Some aspects of their sustainability initiative include the Eco2Go containers, phasing out polystyrene for use of compostable plastics, local food sourcing and reusing waste cooking oil as biodiesel.

“Our dining program is financially structured with what we call a la carte pricing,” Anderson said. “That just means that each item is individually priced. This allows individuals to find value in the food items and volumes they wish to consume.”

While Anderson aims to manage wasted food on an institutional level, he also calls on the consumers to take action.

“Ultimately, I think we all should be aware of the impact that small changes in our behavior can have on a larger scale,” Anderson said. “We can be intentional consumers. I know that going through this process has really opened my eyes, professionally and certainly personally. It has helped me intentionally shop and purchase food with a plan to sensibly eat and reduce waste.”