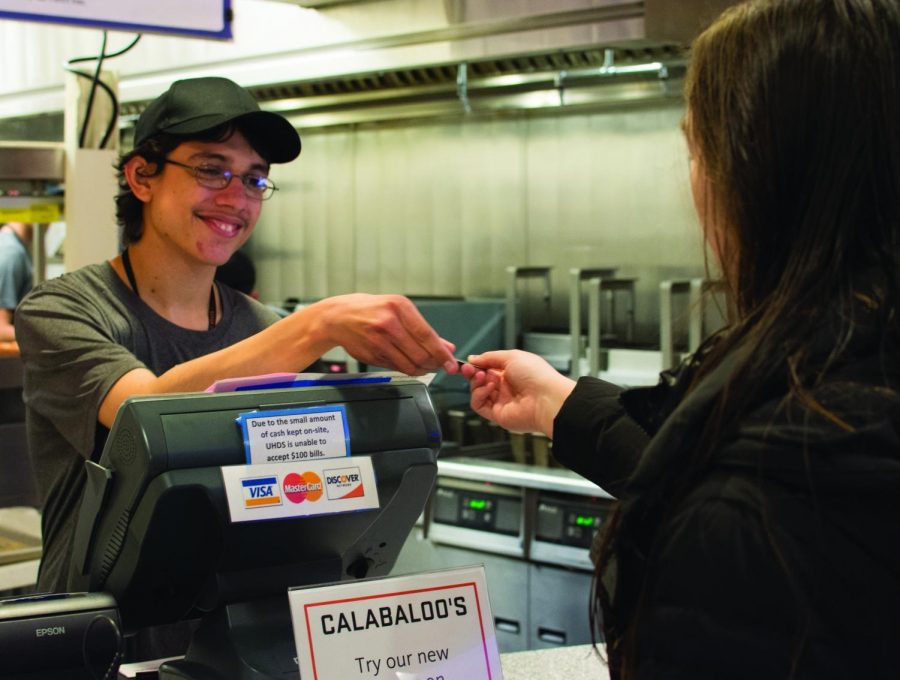 When some graduates joke about being in college, they refer to their days spent living off of instant ramen, coffee and various energy drinks. All jokes aside, food insecurity and the symptoms of it are a reality for many of the students on the Oregon State University campus today.

Kerry Paterson, the residential dining and catering director at University Housing and Dining Services, speculated that around 60 percent of students have identified as food insecure or having experienced food insecurity, based on an earlier study. In an effort to reduce this figure, UHDS and the Human Services Resource Center are launching a new program called the Full Plate Fund to help mitigate food insecurity among resident students.

The Full Plate Fund is a simple program; students donate their unused dining dollars to directly support other students on campus, according to the program’s page on the UHDS website. At the end of the term, students can use any cash register in the dining centers to donate to the fund.

“The HSRC will allocate the funds, and decide through their application process who has a need for the funds,” Paterson said. “Then (UHDS) will actually implement them and be the keeper of the funds, and then put them on the cards to be used.”

The dining dollars can then be redeemed at any UHDS dining center, including Cascadia Market, according to Paterson.

According to Brittney Chesher, a graduate intern at the HSRC and a facilitator for the Food Assistance Program, the funds are only being used in case by case basis for the time being.

“Because at this point we’re still collecting funds, (it is) a case-by-case basis for actually giving those funds to students,” Chesher said. “(The fund) is still forming and being created.”

The Full Plate Fund was initially pitched in August of 2016, by Susie Brubaker-Cole, past vice provost of Student Affairs, and Dan Larson, interim VP Student Affairs and Director of Housing and Dining, according to Patterson. The project was then given to UHDS.

“(Dan) added his little piece to it and gave it to us, and put it in front of us as an idea to use student meal plan money to help students,” Paterson said. “It took us about five to six months to get to a place we were comfortable and that it was feasible, and that we could make (it) work.”

The fund soft-launched in June of 2017, allowing the first round of students to make donations, according to Paterson. In addition to being a new social service, the fund will also serve as a learning opportunity for OSU as a whole.

“The Full Plate Fund was only recently launched in Fall 2017, so we are still building up meaningful funds,” Chesher said. “Funds are growing as students donate money from their meal plans, especially at the end of the term.  It will be exciting to see the impacts of  students helping students within the residence halls as this program grows!”

Alongside the Full Plate Fund, both UHDS and the HSRC have programs already in place to assist students struggling with food insecurity, as shown on the HSRC frequently asked questions page. Mealbux, the predecessor of the Full Plate Fund, uses money from student fees to assist students facing food insecurity, which can then be used at any on-campus location that accepts Orange Cash.

Furthermore, UHDS has the Makes Cents program, which offers healthy meals at an economical price, according to Jennifer Rouse, the marketing and communications officer for UHDS.

“The options might be something like a plate of pasta with legumes and vegetables, or a plate of rice and vegetables and some sort of protein,” Rouse said. “So they’re really pretty healthy and less expensive.”

According to the main page about food security on the HSRC website, the importance of the programs lies in the fact that students can’t focus on their work when they aren’t getting enough to eat. The Full Plate Fund allows resident students to assist their fellow students in not having to choose between groceries and textbooks.

“The nice thing about it, when it is just dining plan donations, is it’s really a student-to-student type of campaign, in its current form,” Rouse said. “It’s students supporting other students who are facing food insecurity.”