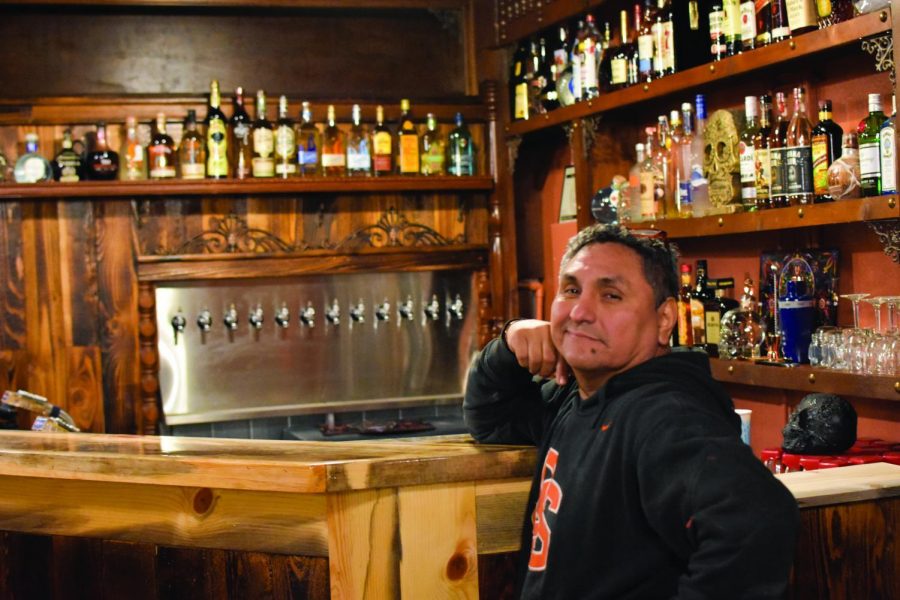 Guadalupe Mendoza’s new restaurant, Lupe’s, will open in early January. It will be feature Mayan, Central and South American cuisine.

Guadalupe Mendoza opens his own restaurant in Corvallis after working in the industry for over a decade.

After years of working at different restaurants and bars around Corvallis, Guadalupe Mendoza and his wife, Dusty Lawellin-Mendoza, have decided to open their own place after working in the industry for over 30 years.

Lupe’s is set to open sometime early January, and will be located on Monroe Ave, next to Jersey Mike’s.

The theme of the restaurant is set to be Mayan, Central and South American cuisine.

“Our motto, to go along with that, is a passport for your palate, so that instead of people having to travel so far we get to bring some of that food and culture,” Lawellin-Mendoza said. “All of what comes along with the food.”

According to Mendoza and Lawellin-Mendoza, the influence for the food comes both from where Mendoza grew up in Mérida, Yucatán, as well as the traveling they have done through Central and South America.

“It is fun to bring back those really amazing dishes that we’ve experienced,” Lawellin-Mendoza said. “It is from gatherings with friends and their families that we have picked up a lot of our recipes.”

Mendoza has been in the industry in Corvallis for a while, spending 14 years at El Tapatio and 14 years at Sancho’s Mexican Grill, earning himself a good reputation among customers and fellow restaurant and bar owners/managers alike

Cloud Davidson, the owner of both Bombs Away Cafe and The Downward Dog near campus, has been working and living in the community for over a decade.

“The more the merrier!” Davidson said via email. “A thriving U-District is very important for the college experience. OSU’s U-District once was way behind other similar sized campuses, however in the past 10 years has really caught up. Let’s keep it going! Lupe is a great guy and stoked to have him in the neighborhood.”

Davidson isn’t the only one in the Corvallis restaurant and bar industry to have a positive opinion about the new addition to Monroe.

Gary Evans, the general manager at Clodfelter’s Pub for the past 18 years, has also lived and worked in the bartending and restaurant industry in Corvallis for about 30 years.

“I think it’s great,” Evans said. “I think it gives people more choice… from my interactions business-wise with Lupe I think he does a good job.”

The addition has also been seen in a positive light by those who have recently opened up their own restaurant.

Benny Augeri, the owner of Benny’s Donuts and the newly opened Sidecar in downtown Corvallis, is an OSU graduate and entrepreneur who was able to start his career with Benny’s Donuts through the help of the OSU Advantage Accelerator program.

“We think this would be a cool new addition to Corvallis, and a great college campus bar,” Augeri said via Facebook messenger. “I wish it was there when I was in school! We cannot wait to try some nachos and are always excited to find a spot to drink tequila.”

For Mendoza however, what matters at the end of the day is whether or not the people he works with are having a good time.

“If I can make you smile, that counts a lot for me, because you smile, and you being happy, it makes me really happy,” Mendoza said. “I just want to do something different for people that makes them happy. When I used to work at Sancho’s and people would walk in the door saying ‘Lupe!’ and I start making them happy, I become really happy.”

The reason for Mendoza and Lawellin-Mendoza picking the name of their restaurant is also based off of Mendoza’s interactions with the community.

“I’ve been working this strip for like 14 years, and everywhere I go it’s like ‘Lupe! Lupe! Lupe!,’” Mendoza said. “So what’s the best way to know what place is mine on the strip?”