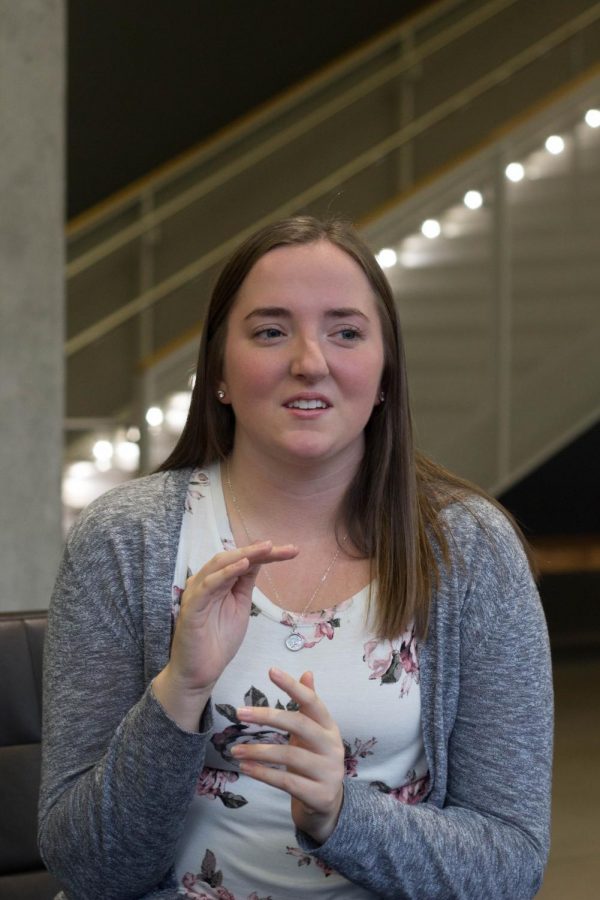 Stroke, heart attack and other results of hypertension within the body are killing more people in Haiti each year than cholera, malaria, HIV/AIDS and tuberculosis combined, according to the nation’s Ministry of Health. With the help of Oregon State University community members, community health workers in the nation of Haiti will learn how to treat this epidemic for a brighter future among Haitian residents.

Empower Haiti Together is a program that executive director and registered nurse Aslan Noakes started in February 2015 after travelling to Haiti with a medical team in March 2010 in response to the earthquake that shook the island in January. According to Noakes, her experiences there, along with the partnerships of students and colleagues at the OSU College of Business, helped shape the new service project Port to Port, which is a food truck business model that will eventually be stationed in Haiti.

“I was with a medical group and saw a lot of need, and I saw the fact that what we were doing was dependent of groups like us coming down indefinitely,” Noakes said. “After a couple trips with different groups, same song and dance, I found that Oregon State had this Master’s of Public Health and International Health Program and I thought maybe I could find some upstream solutions through that.”

According to Noakes, she reached out to locals in the poverty-ridden areas worsened by the earthquake and asked what their biggest concerns were. Answers among people included medical, water and electricity access, but one concern sparked Noakes’ interest.

“One of the biggest things that came out uniformly of all the communities was, ‘We want work, we want dignified work, we want to be able to take care of ourselves’. They wanted the sustainability of an income, they didn’t want a handout, they wanted opportunity and to be invested in,” Noakes said.

The Port to Port business model came along when Noakes dreamed up the idea of a food truck that fused the heart of the Pacific Northwest with the soul of the Caribbean. According to Noakes, the goal is to cater to the international palate, with spicy dishes that can be sold on the streets of Haiti without being too expensive.

“Every time I fly to Haiti, I fly Portland to Port au Prince, port to port. In Creole, pòt to pòt is door to door, and it makes sense for the name of the food truck,” Noakes said. “Our plan is to be able to drive this food truck down, once it’s developed here in Portland, and head south through California and head all along the southern states, ending up in Miami, selling food along the way and sharing the message of job creation as a much more sustainable way of alleviating poverty than aid.”

Noakes is working to have a Haitian friend, Yavensky “Kiki” Louis, obtain his Visa so that he is able to learn from both the business and culinary artists how to manage the truck during the tour around the southern United States. She then plans to ship the truck down to Haiti to begin creating jobs and making food, with Kiki as the manager.

According to Hannah Triplett, a sophomore studying business management, this new business will be a great learning experience for everyone involved, including those who want to learn about photography and documentary skills while in Haiti.

“Since we are starting the business from scratch, we will be working on accounting, marketing and awareness for Empower Haiti Together,” Triplett said. “We are looking for students that either already have these business skills or are looking to learn from this experience. We utilize all business skills to create an impact on social causes.”

Anyone who wants to get involved with the Empower Haiti Together program is welcome, according to Noakes. Business students are not the only students allowed to sign up for the trips. The trips are normally held over breaks in December and June for 10 days at a time, Noakes added.

“We have one coming up over winter break and we’re going to be further enhancing the skill sets of our community health workers that we’re training on how to take blood pressures, as we’re working to help manage hypertension in rural Haiti,” Noakes said. “We’re also going to be doing a blood drive with the Haitian Red Cross. Even if you’re from a different major, there’s tons of ways to get plugged in based on your passions and skill sets.”

Lauren Caruso, the College of Business program manager, is also the 16X faculty advisor. According to Caruso, 16X is a social entrepreneurship club for students to solve real-world problems by using the skills they picked up in the classroom through business.

16X has teamed up with Noakes and the Empower Haiti program to create the Port to Port food truck.

“That’s always been the focus of the club and this continues to just be another social enterprise that we can start that students can get experience and we can make an impact,” Caruso said. “The focus has been the same, this idea of social entrepreneurship and how do we use business to change the world in a positive way?”

According to Triplett, the club takes basic business skills and applies them to social causes through marketing and budgeting. The students take what they have learned and try to help people improve their businesses.

“We primarily work with College of Business students, but any students that want to get involved should do so because we can utilize the different perspectives and skills that students from other colleges might have,” Triplett said.

According to Noakes, coming to Haiti to do short-term things creates a false sense of hope to the residents because there is no sustainability or follow-up. The program is really strengthening the capacity of Haitians and their well-being overall.

“I think the students are learning a model of partnership and that gives a lot more dignity and empowerment to the people,” Noakes said. “It’s one thing to tell someone about what we do until you’re blue in the face, but to actually go down and see the impact that it’s having is incredible.”

According to Caruso, most of her students are excited about the project because it is starting a business from scratch. The skills students learn are going into a real-life project that is going out into the world and is something meaningful that will affect real people.

“For students I think it’s a really great opportunity to put some of those skills into practice and to get some real business experience while they’re still in school,” Caruso said. “For people in Haiti it’s all about job creation, it’s important to not just give aid and to give charity, but to actually develop the economy and give opportunities for people to hold jobs.”

Students can learn more about the program by going to www.empowerhaititogether.org.