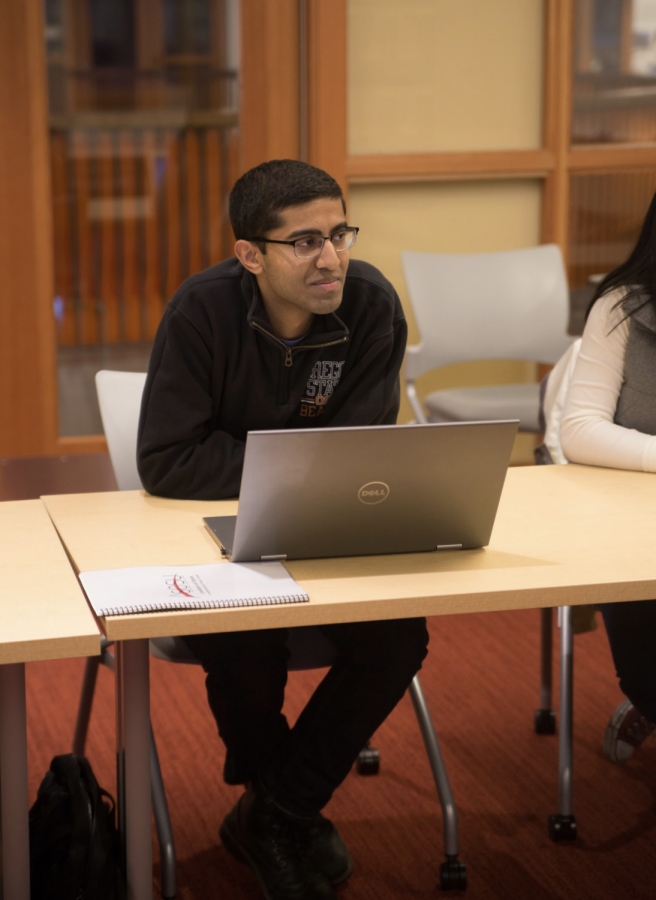 Rishi Seshadri is a member of the ASOSU Judicial Council.

Within the wider framework of the Associated Students of Oregon State University, the state-recognized group that speaks on behalf of the OSU student body, there is one branch dedicated to a role reminiscent of the U.S. Supreme Court—the ASOSU Judicial Council.

The main purpose of the body is to interpret the ASOSU constitution and statutes, the layer of laws directly beneath the constitution in scope and weight, according to Josh Kaufman, the current chair of the JC. This seven-member group embodies the judicial power of the ASOSU, complete with the longevity of four-year terms, as appointed by the ASOSU president. All current members of the JC were appointed last year by former ASOSU President, Rachel Grisham.

“The JC can come to binding decisions, in essence, opinions, that the other branches of the ASOSU are obliged to follow, but only on matters brought before it in a case or inquiry,” Kaufman said in an email. “In other words, the JC must wait for a question to be asked of it, the Council cannot simply make a ruling on anything it wants.”

According to Josey Koehn, the JC’s Court Recorder, another responsibility of the branch is to advise organizations within the ASOSU and consider disputes within or against the student government.

“The term of a Judicial Council member is up to four years, so we are in a position that really fosters extensive understanding and dedication to our governing Constitution and Statutes,” Koehn said in an email. “Our position requires us to be dedicated to serving the students of OSU in ensuring our procedures and rulings are just.”

Beyond being a voting member of the group, the position of chair is largely a logistical one, according to Kaufman. He receives and distributes correspondence sent to the council and manages the meetings of the JC. The body can check the other two branches, Congress and the Executive, by ruling that an action or policy is in violation of the ASOSU legal apparatus.

“The most visible aspects of the JC are the binding decisions that we write on big-ticket cases, such as officially ruling that the SFC was a part of ASOSU three years ago,” Kaufman said in an email. “The least visible aspects are all of the procedural matters that the JC manages when a case is brought before it, especially if the case is on an obscure or esoteric topic.”

According to Rishi Seshadri, a member of the JC, without going into specifics there are already a number of inquiries on the docket for the Council to consider this session. Seshadri intends to use his time on the council to improve not only the effectiveness and credibility of ASOSU, but the lives of students as well.

“Our responsibilities will be defined by the inquiries and other items that come across the desk,” Seshadri said in an email. “If provocative or controversial actions are taken by any branch of student government, then we will certainly spend considerable time to ensure that a just resolution is reached. As the year gets underway, we’ll have a better idea of what our agenda will look like, it’s a bit opaque at the moment.”

All of current members of the council are newly appointed, and one of the fresh group’s objectives is to increase the body’s visibility within the wider organization, according to Koehn.

“One goal that we have already started work on is updating our policies so that they are clear and useful to the JC for now and future members,” Koehn said in an email. “It is early in the year still, but we hope to move on to more innovative changes as we check to-do’s off our list.”

According to Kaufman, a major to-do is updating the body’s bylaws to simplify the process of submitting inquiries and cases to the council.

“My biggest goal for this year is to make sure that the JC plays a more active role in ASOSU and is available to do its job in a timely and consistent manner,” Kaufman said in an email. “That isn’t necessarily a change so much as just doing what we’ve done, but better.”