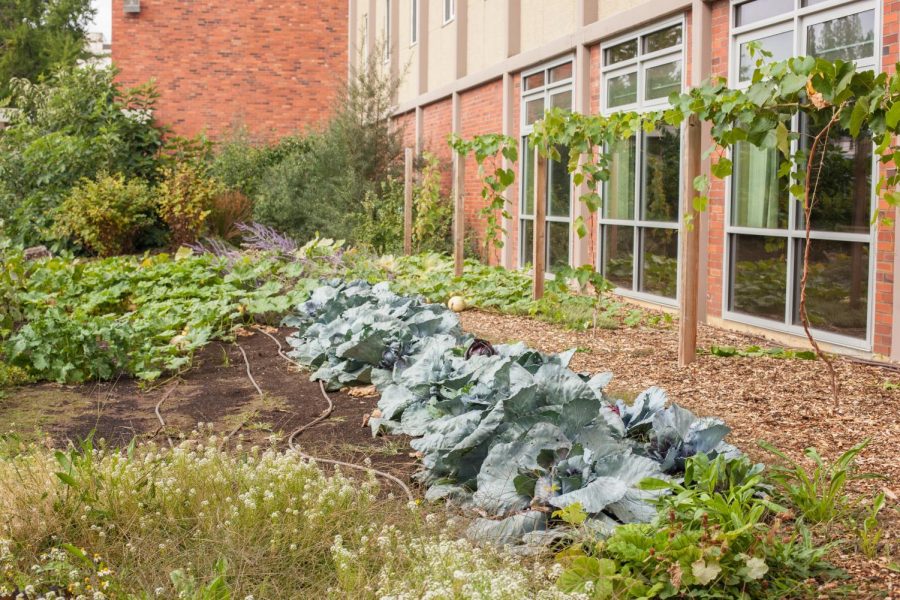 The farm-to-table movement has taken OSU by storm. The University Housing and Dining Services team has recently made various efforts to bring local food to campus dining halls. Now, nutritious meals that contain ingredients grown and produced within a 100-mile radius are accessible for all those who choose to dine with UHDS.

The UHDS eateries are located in McNary Dining Center, Marketplace West, the International Living-Learning Center and Southside Station at Arnold. One of UHDS’ restaurants, Five Four One, has a menu filled with nearly entirely locally-sourced products.

According to Tara Sanders, assistant director of nutrition for UHDS and a registered dietician, bringing locally-sourced food to the campus dining halls has been a focus for UHDS since about 2010. Since then, UHDS has worked to increase the number of local farms and farmers in which they receive food from.

“It can be challenging in a university environment because we have a very big program, and a lot of the local farms are small and so it takes a lot of food to serve our program,” Sanders said. “At first it was just a couple farms here, a couple farms there. Then three years ago we partnered with Organically Grown Company. It’s been a great opportunity for us because they partner with a lot of other local farms and they act as a cooperative and can bring in larger volumes of food.”

UHDS receives deliveries from Organically Grown three times a week, with most of the delivered items being served at Five Four One, according to Sanders. Five Four One is one of the UHDS restaurants located in McNary Dining Center. The restaurant’s main objective is to provide meals crafted from food acquired from nearby farms.

According to Jennifer Rouse, marketing and communications manager for UHDS, other local companies they receive food for dining halls from include Willamette Valley Fruit Company, which provides berries and Camas Country Mill, which provides whole wheat flour.

“You know, I think sometimes there’s this perception that college students just want to eat greasy burgers and fries and pizza or whatever, but I think when you present people with other options they really love those too,” Rouse said.

On top of companies that supply UHDS with produce, local roaster, Cafè Mam, is the provider for the coffee at EBGB’s, according to Rouse. Cafè Mam’s coffee beans are grown on a fair-trade co-operative farm in Chipas, Mexico, but are roasted and packaged locally.

Sanders says UHDS has a process in regards to choosing foods that are seasonally available in the area.

“We have a list and know what is grown in the Willamette Valley, and so we look at our cycle menus, we try to plug in those seasonal things based on where they fit in the time of year,” Sanders said.

The UHDS team is tasked with forming menus based around foods that are in season, according to Sanders. From there, they must order such foods from specific and appropriate farms or vendors and communicate with dining hall chefs. Finally, UHDS informs their customers of the food options available, Sanders added.

“I think we’ve done a much better job with our current marketing team than we’ve done in the past. A lot of these efforts would go totally unnoticed because we weren’t telling our story,” Sanders said.

According to Jennifer Viña, director of marketing and communications and associate director of UHDS, informing and building a positive rapport with customers is something to keep in mind while preparing meals for the university dining centers.

“It does take some effort to get the word out, and also build an expectation, so that people know this is the kind of food, this is the quality of food, these are the types of partnerships that we have in dining,” Viña said. “So as we prepare meals that’s what we are keeping in mind.”

“This is an evolving process for us. It’s something that we’re very passionate about as a department, and so we’re always looking for new opportunities, new partners,” Viña said. “We’re always exploring the opportunities, so it doesn’t really have an end point in a lot of ways for us. It truly is a way for us to manifest our values.”