Jazzing and jamming at Bombs Away Café 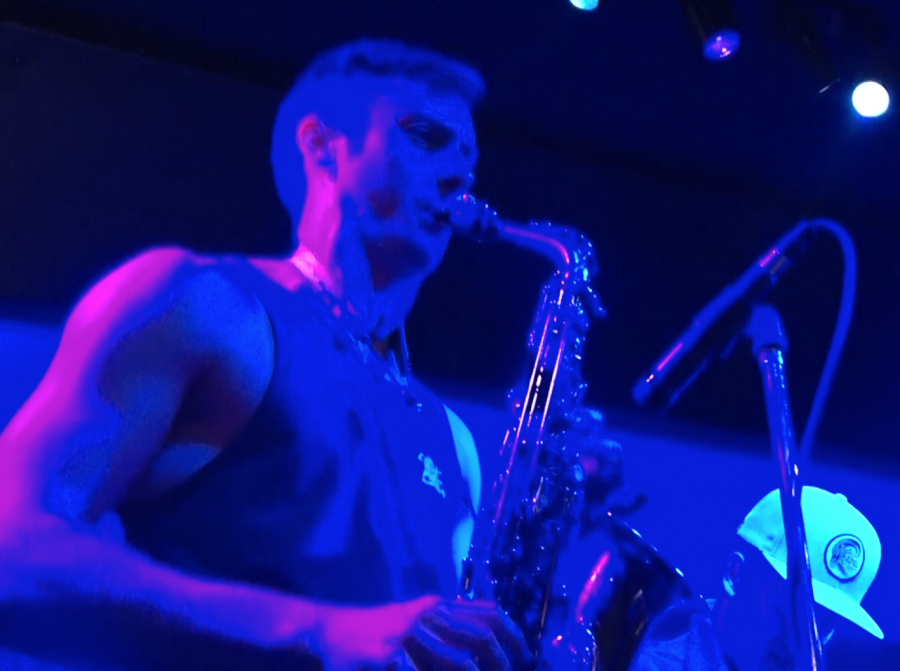 The Corvallis Jazz Jam Series takes place every second and fourth Wednesday of the month at Bombs Away Cafe on Monroe Avenue.

Stage lights, a refreshing beer, and head-bobbing, toe-tapping jazz. That’s what it’s all about every second and fourth Wednesday down at Bombs Away Café on Monroe.

The Corvallis Jazz Jam Series has been regularly performing at the local eatery to provide patrons with the smooth stylings of musical improv. Shows often run from 9 p.m. to midnight, provided there’s enough local musicians outside of the house band to drop in and out of the jam sessions.

As the series title suggests, instrumentalists outside of the Jam’s core group are encouraged to “bring your instrument and see what’s new in town.” Justin Schepige and Jake Brown, two of the series’ long-standing members, were enthusiastic about sharing their artform with the public and other musicians who may not have a venue of their own.

“We wanna really let it be an opportunity for people to learn,” Schepige said. “So, no matter how high or low their skill level is, you can learn so much from playing with a group of musicians you’ve never played with before.”

That’s the motto that brought Gavin Milligan, an experienced tuba player, to the stage with a trombone. Although only having about a month of experience with the brasswind instrument, Milligan took to the stage with bravado, playing to the chaotic rhythm as best he could.

“It’s the fastest way to get better at an instrument,” Milligan said.

Outside of practicing locals, there was a noticeable upswing during last night’s session when a more experienced rogue musician joined the stage. The synergy between them, the house band, and the audience found its tempo here, creating that upscale experience jazz is known for.

“That’s what happens when you have the more experienced players…” Brown said. “All of a sudden you have these people that’ve never meet before…and we get to create this really cool music together, and we’ve said maybe five words to each other.”

Performances are usually quite intimate, as the audience size waxes and wanes throughout the evening; however, the most swinging moments in these sessions pick up when there are more musicians in the rotation and listeners in the foyer.

“We’d like to see more music students out here,” Schepige said. Both him and Brown would like to see an increase in local involvement, especially from OSU musicians.

To get involved with the Corvallis Jazz Jam Series, whether as a performer or audience member, you can follow or contact them through their Facebook page: @corvallisfunkandjazzjam. They update it regularly with event dates and times—the next being on Oct. 11 at Bombs Away Café, 9 p.m.—as well as shout-outs to accompanying musicians.