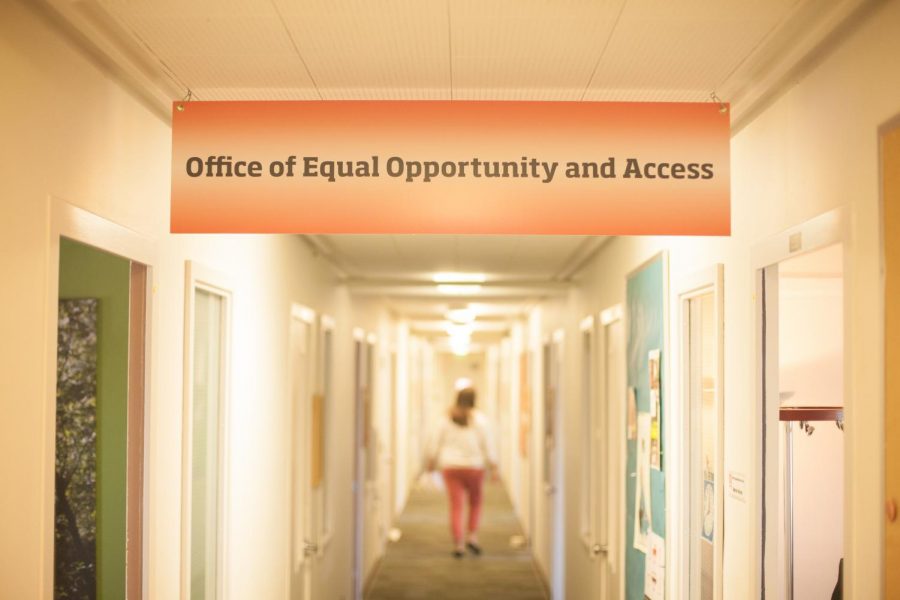 Located in Snell Hall, the Office of Equal Opportunity and Access handles reports of sexual misconduct.

The letter is the first formalized step the Trump Administration’s Department of Education has taken to cut back the sexual assault guidelines imposed upon educational institutions during the Obama Administration.

“The Department has decided to withdraw [the two previous Obama-era documents] in order to develop an approach to student sexual misconduct that responds to the concerns of stakeholders and that aligns with the purpose of Title IX to achieve fair access to education benefits,” Jackson said in the “Dear Colleague” letter published Sept. 22.

According to Clark, this formal announcement does not require any changes to OSU’s sexual assault or Title IX policies.

“This new guidance does not mandate changes to OSU’s current standards of evidence or enforcement procedures,” Clark said via email. “OSU emphasizes prevention, education, support and due process in all Title IX matters.”

OSU’s current Title IX policies fall under the Office of Equal Opportunity and Access. EOA serves as the university’s Title IX and Americans with Disabilities Act/Section 504 coordinating office, according to their webpage.

“EOA is responsible for overseeing compliance with civil rights and affirmative action laws, regulations and policies,” EOA’s webpage states. “We provide leadership, guidance and training in these key areas to promise and ensure equitable and inclusive environments for all Oregon State University community members.”

The university takes a hard stance against harassment, according to EOA’s webpage.

EOA accepts reports of sexual misconduct as well as concerns of discrimination, harassment, bullying or retaliation.

In order to submit a report of sexual misconduct, OSU community members must submit a form online on EOA’s webpage. The form allows not only the reporter to submit an incident for themselves, but also report an incident that occurred to another person that was reported to them.

Students may also report a sexual misconduct through the office of Student Conduct & Community Standards. Both forms of reporting will be processed and investigated by EOA.

“We promptly and equitably resolve complaints and conduct full and fair investigations,” Clark said via email.

The university will provide assistance once a report has been filed, according to Clark.

“OSU offers interim support measures to both reporting and responding parties in matters of sexual misconduct,” Clark said via email.

Any federal changes announced surrounding Title IX or sexual assault guidelines will be taken into consideration by the university, according to Clark.

“We will closely monitor the rule-making process announced by the Department of Education’s Office of Civil Rights,” Clark said via email. “In addition, we will share updates on this matter, as more information is available.”