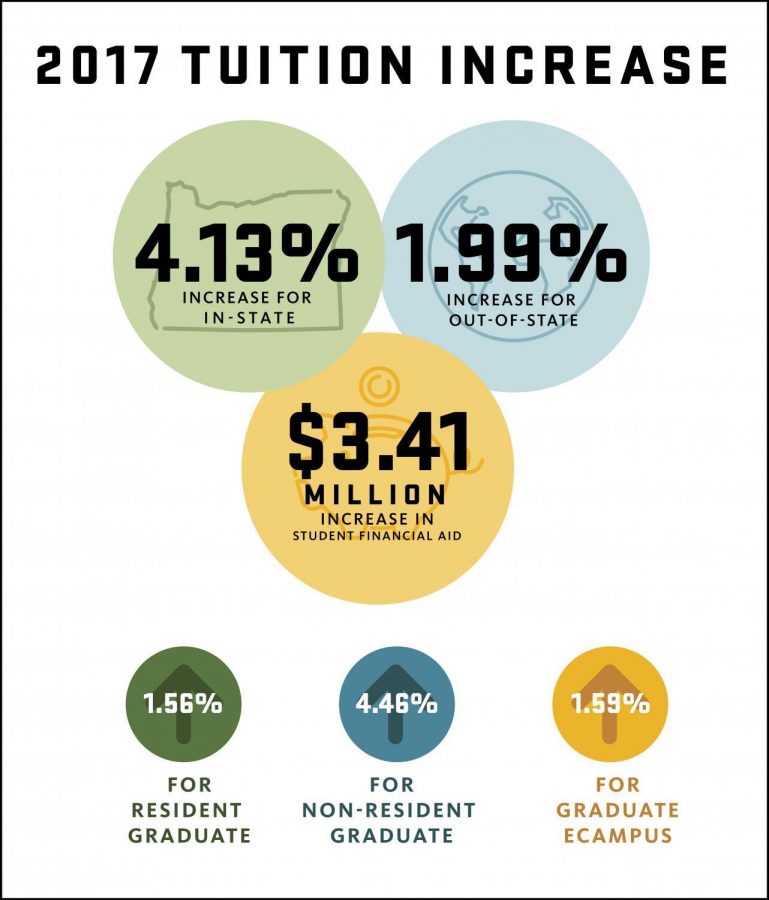 With the new school year nearly underway, university officials have been working to implement opportunities and accommodations for students in order to help ease the burden of higher tuition and slow its further increase.

“In its decisions regarding tuition for the coming year, OSU’s Board of Trustees dedicated 25 percent of the change in tuition—or approximately $1.5 million—to increased financial assistance for students. This spring and summer, university leaders have increased financial aid by a total of $3 million, close to doubling the amount set out by the Board of Trustees,” said Steve Clark, OSU’s vice president of University Relations and Marketing, via email.

Clark explained this is only part of the larger picture. Organizations like the OSU Foundation are working to encourage greater philanthropy for scholarships. This year, a donor helped to create a program in which students with emergencies during the academic year may be granted scholarship money, since students in emergency situations sometimes face the prospect of dropping out of school due to financial strain.

Students-support initiatives from other areas are beginning to unfold as well, according to Clark.

“University Housing and Dining Services has expanded its offerings of reduced-price and variable-priced residence hall room and meal plans,” Clark said in an email. “We continue to work within OSU, with the legislature and others in higher education to expand free, open educational resources. For example: free or reduced-cost online textbooks and course materials.”

There have also been more than $15 million in budget cuts implemented throughout the university and some department budgets have been cut as much as four percent, according to Clark. He said that OSU continuously works hard to keep tuition costs as low as possible for its students while also contributing to the academic success of students as transparently as possible.

According to Clark, OSU President Ed Ray has been working with the presidents of other public universities in Oregon in order to lobby the state legislature as well as the governor to increase state support for four-year universities like OSU.

“We know our students want to graduate in a timely way with a degree that is founded on an excellent education. We have a 10-year financial forecast and a university strategic plan that is updated each 4-5 years to achieve these and other outcomes,” Clark said in an email.

While the university can choose to cut something any given year to help with tuition, but if that is done every year, the outcome is eventually a university that does not offer enough strong programs for its students, according to Sherman Bloomer, the director of budget and fiscal planning at OSU.

“That’s where the balance comes. You’re balancing costs to individual students and maintaining or improving the breadth and quality of programs and services you offer,” Bloomer said.

Both Clark and Bloomer brought attention to the fact that while the university is doing its best to help with the cost of tuition, overall costs of materials in the U.S. and globally will increase over time. According to Clark, this means costs for lab materials, class materials and all the other things that enable OSU to have well-established programs will be more expensive in the years to come.

Nevertheless, Clark said the future is still very bright for incoming freshman who may be anxious about tuition costs.

“We know that graduates from OSU at mid-career earn 20 percent more than graduates of other universities nationally, and we know that, in their lives, they are involved in their communities at far higher levels than other university graduates,” Clark said in an email. “We believe that incoming OSU Beavers will continue to enjoy that success in career, community and life.”