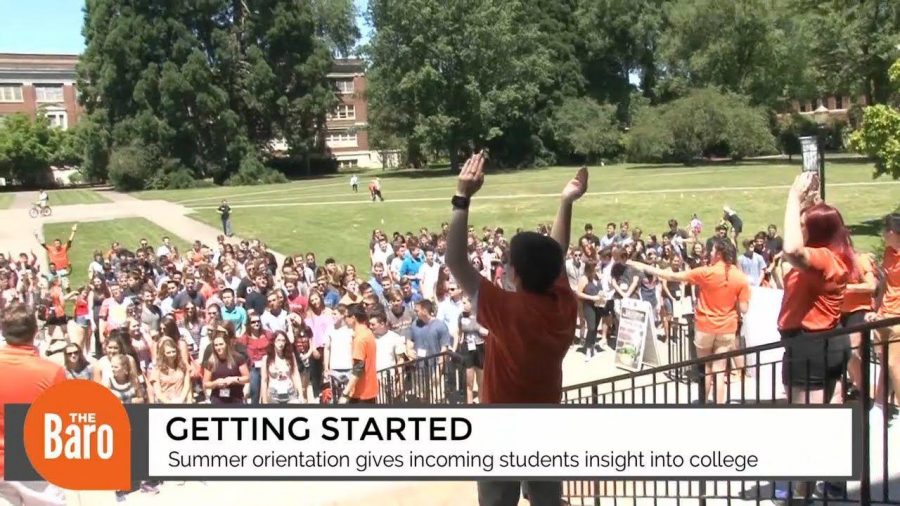 The Corvallis Knights baseball team won their first game against the Perth Heat Colts of the Australian Baseball League by a score of 6-3. The Knights then played their nightcap against the Albany-based American Legion team, the Mid-Valley Southpaws. The Knights won in walk-off fashion 5-4.

Darth Vader made an appearance at Goss Stadium for a Corvallis Knights doubleheader: Star Wars version. Knights-themed lightsabers were given to the first 250 kids, and fan-favorite Star Wars characters conducted the ceremonial first pitch for both games.

“We needed that kind of day,” Head coach Brooke Knight said. “Just a little bit more casual ‘go have some fun.’ We are in a long stretch of games­—although today obviously wasn’t a day off by any means. I think our guys really just needed to go play. Having a chance to do that twice was good.”

Knight has ties with the Australian Baseball League. As the manager of the Heat Colts, he won back-to-back ABL titles in 2011 and 2012. According to Knight, during his own tenure as a Heat Colt player, he competed against players whose sons are now on the current Heat Colt roster.

Against Perth, the Knights had 11 hits, including two doubles and a single from pitcher Cole Johnson of Pacific Lutheran. In total, Corvallis had six doubles and only one error in the win against the Heat Colts.

Errors were much more frequent in the second game, with the Knights committing five in the short seven-inning game.

“We were just rough defensively,” Knight said. “We had the (player) trip on the steal where he’d be safe at second. It was just a fluky deal. It’s going to happen now and then, but we are going to have to play better defense this weekend.”

As the errors built for the Knights, the sixth inning opened with the Knights trailing the Southpaws 4-2.

“On the bench, we were all getting a little antsy,” said Tyler Malone, a player for both the Knights and the Oregon State University Beavers.

In the bottom of the sixth, catcher Zak Taylor, another Knight-Beaver, hit a solo home run to cut the Southpaw lead to just one.

“I was just trying to be a good lead-off for the team,” Taylor said. “We needed to get something going. I got kind of deep in the count and put a good swing on a missed pitch right there. It’s all I could do.”

The seventh inning opened with a single by Jordan Qsar and the bases were loaded thanks to bunts by Knights players Elliot Willy of OSU and Taylor Travess of the University of Oregon.

“People may thing bunting is an easy thing but it’s really not,” Malone said. “Taylor put it down perfectly and, with his speed, he was able to beat that out pretty easily.”

The Knights will go on the face the Gresham Greywolves for the last series of the first half of the season.

“We’ve got to get at least two if not three of those to win the first half, which locks us up for a playoff spot,” Knight said. “So this weekend becomes a really big weekend in the grand scheme of our season.”