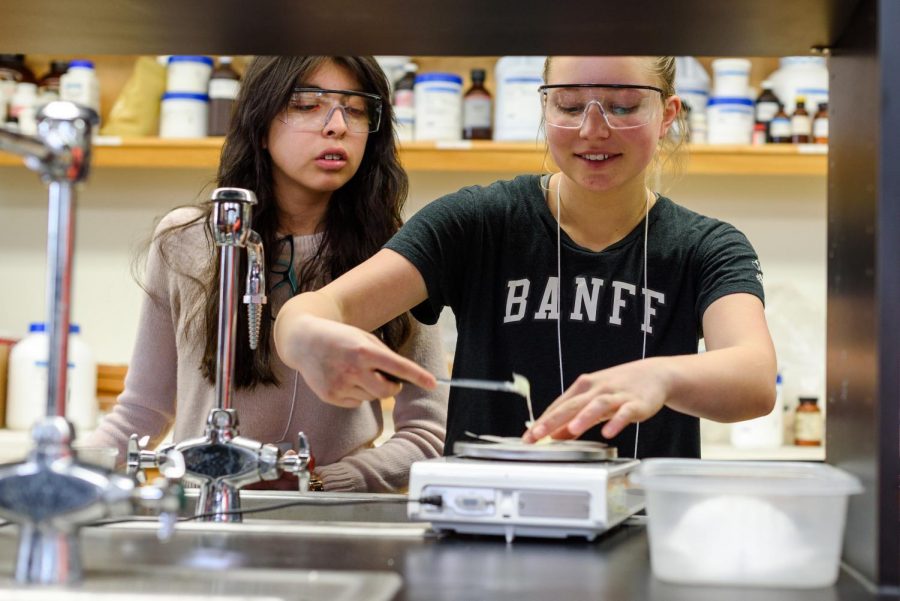 Their eyes are wide as they wander through Oregon State University, taking in every detail of college life. They admire the large buildings, the rush of bicycles and the students spread across campus.

These visitors are participants in OSU’s Precollege Programs. They are here to learn, have fun and prepare for college. The Office of Precollege Programs oversees and supports multiple organizations designed for students in elementary, middle and high school. The majority of these programs take place on OSU’s campus, and all of them are focused on getting these students interested in a college education.

Skip Rochefort has been the executive director of Precollege Programs for the past 15 years.

“It’s pretty simple: our motto is ‘college is a plan,’ especially for the communities that are not college-going in general,” Rochefort said. “If you look at the average middle-class community in Oregon, college-going is kind of expected. So, there’s a lot of people not going to college and you don’t really think about it too much.”

Kyle Cole is the director of Precollege Programs and the director of the Science & Math Investigative Learning Experiences (SMILE) program. As a first generation college student, Cole is personally invested in his role.

“If I can help other students overcome those barriers, then they can focus on achieving their full potential as students and citizens,” Cole said in an email. “I have known many participants in our programs that discover a passion which motivates them to go to college and pursue a career in that field.”

Dennis Hickey runs the Talented and Gifted (TAG) Program, which consists of three summer experiences: Expeditions, Outside the Box and Adventures in Learning. Each is designed for a different age range, from elementary through high school. There is also a series of day-long camps offered in the winter, according to Hickey.

“We want to keep kids excited and interested in learning. Sometimes there aren’t a lot of offerings in their schools. We want them to graduate and go on to college,” Hickey said. “They can better their lives and fulfill their potential as human beings.”

Hickey’s programs are designed to give participants opportunities they might not receive at school.

“As an administrator, I was in charge of TAG programs. It’s a mandate, but not all school districts have the money or desire,” Hickey said. “They (kids) can be sort of bored and held back. I just like to see kids learn at their own rate and at their own level.”

Adam Krivoshein, a second-year OSU student majoring in computer science, participated in both the Adventures in Learning and the Outside the Box TAG camps during elementary and middle school.

“To be honest, my parents found the programs for me, but I picked the classes within the programs and basically picked whatever appealed to me,” Krivoshein said in an email. “I think the Precollege Programs can be great for kids to find out what they’re interested in and is a great way for them to spend a summer rather than sitting at home.”

Another Precollege Program is the STEM Academy, run by Director Cathy Law, which focuses on science, technology, engineering and mathematics.

“We have a very heavy summer program,” Law said. “It provides opportunities for anyone who is interested.”

According to Law, the STEM Academy staff works year-round.

“We try to make our camps super inclusive. We work during the school years to build bridges and make this campus and STEM interesting and achievable and open,” Law said. “We also try really hard to be inclusive to kids with disabilities.”

Another benefit, according to Law, is the involvement of underrepresented participants.

“We do a lot of targeted recruiting for people who aren’t typically involved,” Law said. “It takes a lot of extra work, but it makes things change. We’re passionate about it.”

Another Precollege Program is Beaver Hangouts. The program consists of OSU students communicating with kids, according Rochefort.

“It’s inexpensive. We recruit some college students to Skype with kids and answer questions related to college in general,” Rochefort said.

“I was in their shoes before entering college, and I had to learn everything on my own,” Chau said via email. “Being able to pass on my wisdom to the students is the best way to pass time.”

KidSpirit is another college program which began in 1961, according to Slade Thackeray, the program assistant for KidSpirit.

“KidSpirit’s goal is to be a leading provider of student employment and high-quality youth programs for members of the OSU community with dependent care needs,” Thackeray said in an email.

According to Rochefort, the cost of these programs varies. Some are free, such as the SMILE program and Beaver Hangouts, and others require a payment to participate. Most STEM Academy programs cost between $100 and $280, while the TAG programs cost $225.

According to Law, STEM academy can offset cost.

“We raise a lot of scholarship money so cost isn’t an issue. We raise that through partnerships with grants and other departments and any creative way we can find it,” Law said. “It’s extra work, but it’s really important. We don’t want barriers.”

“Every one of our programs have scholarships,” Rochefort said. “Our camps are really inexpensive and that’s because it’s not a money maker; it’s a college recruitment camp.”

One possible result of the Precollege Programs is participants returning to OSU as students.

“I think our programs definitely impact a participant’s decision to go to college and which one they choose,” Cole said in an email. “There is a reason OSU’s enrollment has continued to grow while enrollment at other Oregon universities has declined, and our programs play a role.”

“We offer a lot of opportunities for college students, not only to work, but if they’re interested in teaching and working with youth,” Hickey said.

“We are always looking for people who want to volunteer their time,” Law said.

Beaver Hangouts offers students the chance to share about their college experiences, according to Chau.

“BH is always looking for volunteers to help out. We are expanding, but we need more volunteers,” Chau said in an email.

According to Rochefort, Precollege Programs provide important experiences for kids.

“Little kids have a lot of enthusiasm,” Rochefort said. “It’s really cool to see those kids light up and see them progress.”