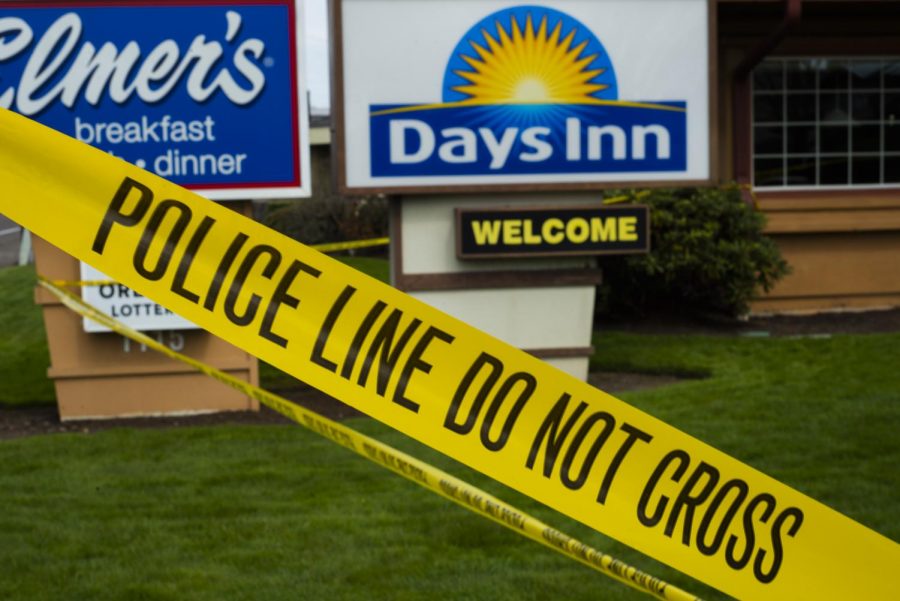 An unidentified Philomath man has died as a result of an officer involved shooting in the early morning hours on Saturday, April 3 at the Days Inn on 9th Street in Corvallis, Ore. An investigation is underway but as of now the suspect is said to have been acting aggressively and attempting to enter guest rooms.

A 32-Year-Old Philomath man was shot and killed outside the Days Inn on 9th Street by a Corvallis Police Officer.

In a statement published to Facebook, the Corvallis Police Department said the investigation is ongoing.

“A hotel employee told dispatchers the male was acting in an aggressive manner and trying to get into guests’ rooms,” said the statement published to Facebook. “The officers contacted the male and immediately called for emergency cover, stating the male was armed with a knife.“

According to the CPD, Emergency Medical Services arrived but were unable to revive the man. He died at the scene.

The incident occured while national attention is on the trial of Derek Chauvin, a former Minneapolis police officer on trial for the alleged killing of George Floyd last May. Floyd’s death led to mass protests and a national conversation about the use of force in policing.

Comments on the Facebook statement show uproar from the community about the way in which the situation was handled.

This man has now been identified as Jeffery W. Appelt, 32. Body cam footage of the situation was released by the CPD on Saturday afternoon.