Old rules for a new administration 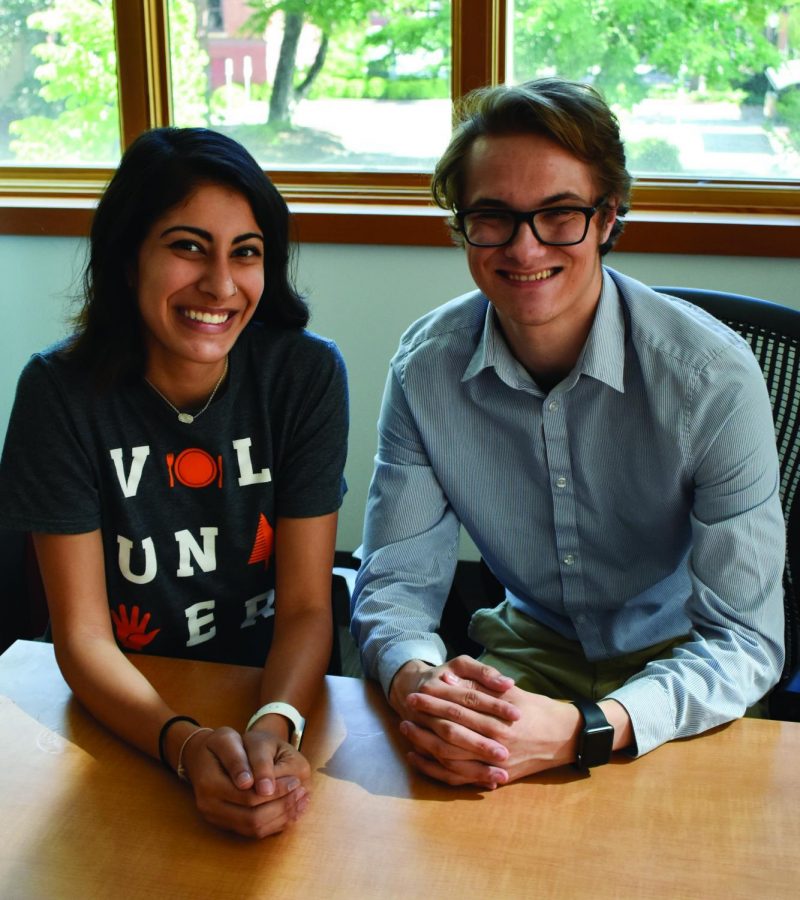 Shortly before leaving office at the beginning of June, former Associated Students of Oregon State University President Rachel Grisham issued two executive orders: one that moved the Student Health Services and Counseling and Psychological Services student fees into one mandatory health fee and another that created the ASOSU Student Advisory Board—tasked with creating, assessing and proposing the ASOSU budget to the Student Incidental Fees Committee.

According to Grisham, after having spent months considering how to streamline the student fee process, she waited to issue the orders until she was nearly at the end of her term in order to articulate her message as clearly as possible.

“That will be the entity that will vet the budget of ASOSU, including all of the aspects of our budget. That includes SafeRide, the Office of Advocacy, Student Legal Services—at the moment, those are the pieces. And if another piece were to be added, they would also be represented on the Student Fee Board,” Grisham said.

The other executive order classifying the formerly separate SHS and CAPS fees as one mandatory health fee came from studying the fee structures of other universities and listening to the desires of the groups themselves, according to Grisham.

“(The adjustment) allowed for when crises occurred—or situations where we have an outbreak or something—that they could rely on that much larger pot of money to help them out,” Grisham said. “The Student Advisory Board of Counseling and Psychological Services and the Student Advisory Board of Student Health Services both came to us as ASOSU and said ‘We want this to happen.’”

Grisham also used her executive power to fill the ASOSU Judicial Council with seven members, each of whom will serve until they graduate, meaning some members will still be in place after current ASOSU President Simon Brundage is no longer in office.

According to Grisham, the Judicial Council has not been filled for several years, but will hopefully be a more effective branch of ASOSU now it has been fully staffed.

“It’s been a priority this whole year to chat with folks and try to gauge folks and consider folks for the Judicial Council, because it’s so important,” Grisham said. “It takes time to not only chat with people, but to get a sense of whether or not someone is going to want to do that and commit to it.”

The leaders of the new administration—made up of Brundage and Vice President Radhika Shah—were content with the appointments made by their predecessor, according to Brundage.

“As her last acts in office, she (Grisham) was sure to be very transparent with Radhika and I, she filled us in on what she was going to be doing,” Brundage said. “There were no duplicitous maneuvers to throw us off, and that’s important. She was nothing but wonderful throughout the transition.”

One of the first acts of the freshly-minted Judicial Council was to select a new council chair—an often undervalued but highly critical role, according to Grisham.

“They will be the point person to speak on behalf of the (ASOSU) Constitution and it will be their job to lead interpretations of the constitution, which might seem really easy but is actually an incredibly challenging job,” Grisham said. “If someone were to be unethical in office and there was a question of commitment or their ethics were challenged, the Judicial Council would be in charge of leading that discussion.”

Josh Kaufman, who served as the ASOSU speaker of the house last year, was appointed by Grisham as a Judicial Council member and selected by the rest of the judiciary as the new council chair. According to Kaufman, he was happy to take on the role, which oversees the administrative needs of the council.

“Within the Judicial Council, I view my position as being very much ‘first among equals’ rather than one that holds authority over my colleagues in the J.C.,” Kaufman said via email. “Within ASOSU, I act as the primary point of contact for people outside of the judicial branch of government and, to a limited extent, I can speak on its behalf.”

Kaufman said his first priorities were to update some of the Judicial Council’s policies, rule on a writ of judicial inquiry submitted under President Grisham and form subsidiary courts to give new ASOSU members judicial experience.

“The writ is about whether the ASOSU President has (or could be granted) line-item veto power. I can’t say more than that about it since it’s under review,” Kaufman said in an email.

According to Brundage, he is optimistic about the selection of Kaufman and anticipates an effective year working together.

“Josh is an exceptional student leader, and possesses a deep understanding of the ASOSU Constitution and Statutes; not to mention he also holds a progressive vision for the future of the Judicial Council,” Brundage said in an email. “As a former speaker of the house, executive director of finance, undergraduate senator and representative, Josh carries a wealth of knowledge about our organization.”

Beyond the Judicial Council appointments, the former president also left a proposal and formal letter articulating her suggestion to move the athletics student fee into the ASOSU budget, according to Grisham.

Grisham’s successors plan to meet with representatives from athletics as well as the Student Incidental Fees Committee to learn more about the proposal before making a final decision, according to Brundage.

“That’s something that was in our platform: reconsidering the chronology of the SIFC process and saying like ‘We want people to be doing their budgeting and proposing what the committee decides on the budget earlier on in the year, so that when we come to making those decisions we have more time to send things to mediation if we don’t like them,” Brundage said.

According to Shah, many of the concerns raised during the joint budgeting session of the ASOSU House and Senate were related to the other student athletic ticketing models utilized by other universities around the country.

“The main purpose of absorbing the athletics budget was so that they would be under review every year instead of every two years,” Shah said. “(The new timeline) makes people sit down and think of why students need to pay this.”

Brundage said he looked forward to long-term growth in efficiency via the potential change.