The Daily Barometer • May 15, 2017 • https://dailybaro.orangemedianetwork.com/8478/daily-barometer-news/graduation-rates-reflect-student-situations/ 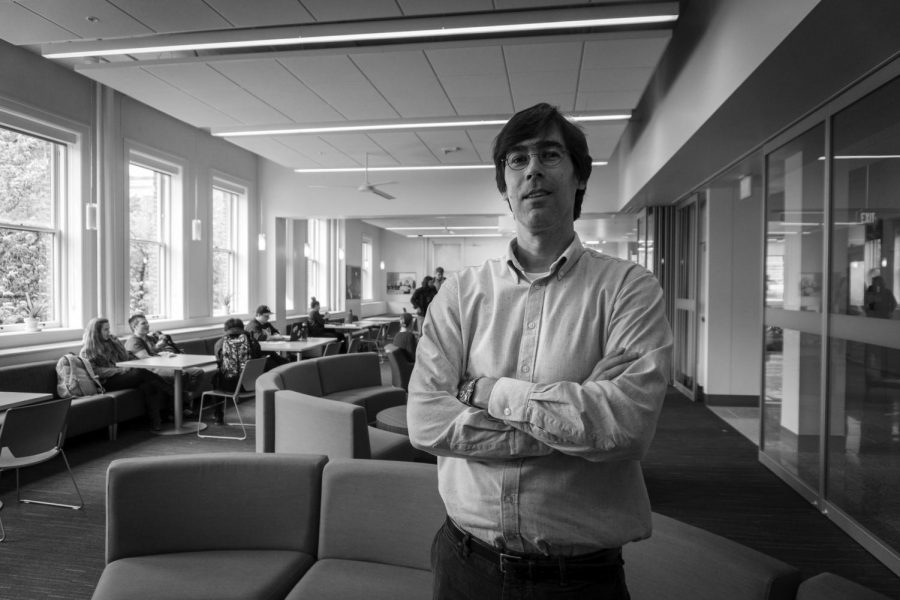 Beau Baca, one of the College of Liberal Arts academic advisors, believes students are facing new hardships that are forcing them to extend the time it takes to finish their degrees.

On June 17, 2017, professors, family, friends and others will arrive at Oregon State University’s Reser Stadium support their fellow Beavers’ participation in commencement and graduation. However, many students will have spent more than the typical four years to reach this point.

According to Sydney Laudon, a public health student with an option in pre-dental, who plans to participate in this year’s commencement, students can be unclear of what they want to get out of college.

“I think students take longer to graduate because they are undecided with what they want to do and what major they want to pick,” Laudon said in an email. “However, I know school is expensive, so I definitely think taking time off or doing school part-time plays a role in why students take longer to graduate, and I think more and more students are adopting a pay-as-you-go mentality because of a fear of racking up a lot of debt.”

Because of this, many students have to stay on top of their academic performance and balance work at the same time, according to Beau Baca, a College of Liberal Arts academic advisor.

“Of course, there are challenges these days. Students often find themselves having to work more hours than they should while they’re taking classes full time,” Baca said. “Most of our degrees you can switch into your sophomore year easily and, if you’re on the ball, finish in four years.”

According to Sydney Rivas, a sophomore majoring in religious studies at OSU, students change their academic track often, adding years to their degree.

“I do believe there is a rise in students taking more than four years to graduate. I will be taking five years to graduate. I think with people changing their majors, often they fall off the track for four years,” Rivas said. “I mean that’s what happened to me, and I lost a year by taking wrong classes for different majors.”

Some departments at OSU, like the CLA, are working on initiatives to aid students in earning their degree within four years.

“Something that we are working on as part of the four-year plans is to encourage our departments to plan classes further out, and that is something that can be hard to do and hard to get everybody on board with. In order for the four-year guarantee to work for students, departments will need to start forecasting basically two years in advance when classes are going to be offered. That is something we’re pushing for,” Baca said.

However, whether the graduates have spent four years at OSU or more, students, staff and the university are currently preparing for the upcoming graduation.

“I am very excited to move on to the next phase of my life and hopefully be attending dental school,” Laudon said.

According to Cesar Zamora, a fourth-year senior majoring in microbiology at OSU, students spend quite some time in school.

“I’m just excited to finally be done. It’s been 16 years of schooling and I kind of want to start working now,” Zamora said.

According to David Allison, a customer service supervisor in charge of running this year’s Grad Fair, held April 24 and 25, support plays a role in putting together big events.

“It’s been a really great experience. There’s a lot of really great support here, and we partner with Jostens, who makes the regalia,” Allison said. “I can say that the Beaver Store has been very supportive. I have my predecessor who gave me a lot of good training, and Jostens is a really good partner to work with in terms of getting regalia and stuff like that in the store. I have pretty much nothing but positive experiences in terms of doing these events.”

Additionally, according to Baca, there are mixed feelings about graduation.

“There are some students who I’ve been working with very closely for three years who are graduating this year and it’s a mixture of pride and excitement for them, but kind of a sadness to see them going on to the next phase, kind of like birds leaving the nest,” Baca said.