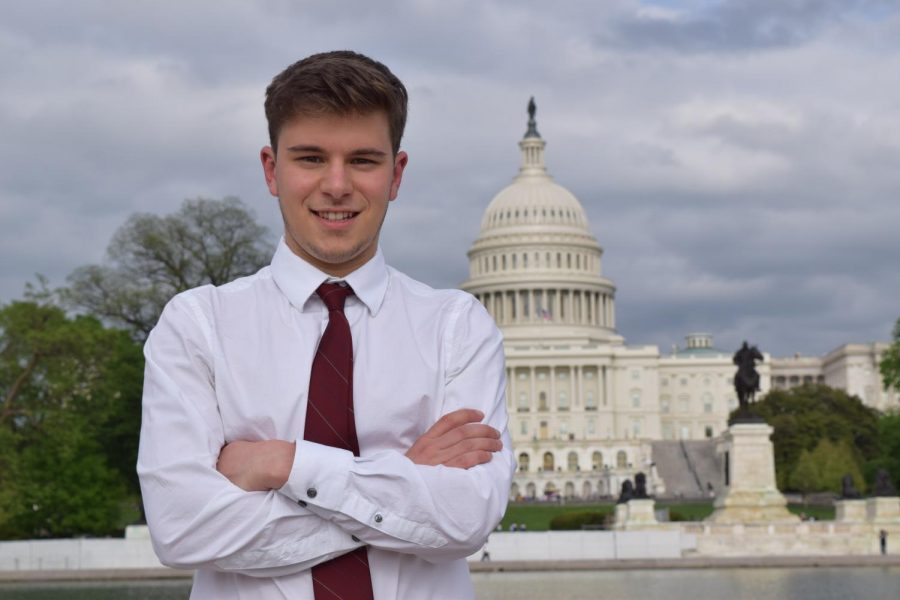 Ryan Khalife is a junior in political science and economics with a mathematics option.

Ryan Khalife was born and raised in Corvallis, Oregon, and has been around OSU his entire life. Khalife was drawn to the ASOSU Lobby Trip because he saw the trip as an opportunity to advocate for issues he believes strongly in, such as college affordability.

“With proposed cuts to education and financial aid in budget proposals, it’s imperative that students advocate for education,” Khalife said. “I am looking forward to speaking with legislators and seeing where they stand on issues, and what specific legislation they are planning to support.”

Khalife lobbied earlier this year with the Oregon Student Association in Salem. Through his work in the ASOSU Office of Advocacy, he has advocated on-campus for university policies that are more student-centered. Khalife is also involved with Students United for Palestinian Equal Rights (SUPER), a recently founded campus group.

“I’m looking forward to seeing the insides of how government operates. There are countless interest groups that are always present in D.C., and I want to see first-hand the degree of influence those various groups carry,” Khalife said. “I would also like to see how closely and attentively politicians listen to students like ourselves.”

In addition to this, Khalife will focus on Senate Bill 900, which advocates for a year-long access to the Pell Grant, which currently is not available to students during the summer period.

With continuously rising tuition, Khalife feels that increased need-based aid is the key to making college more accessible to everyone. Khalife is in the sub-lobby group with Jacqueline Logsdon and Luke Bennett.