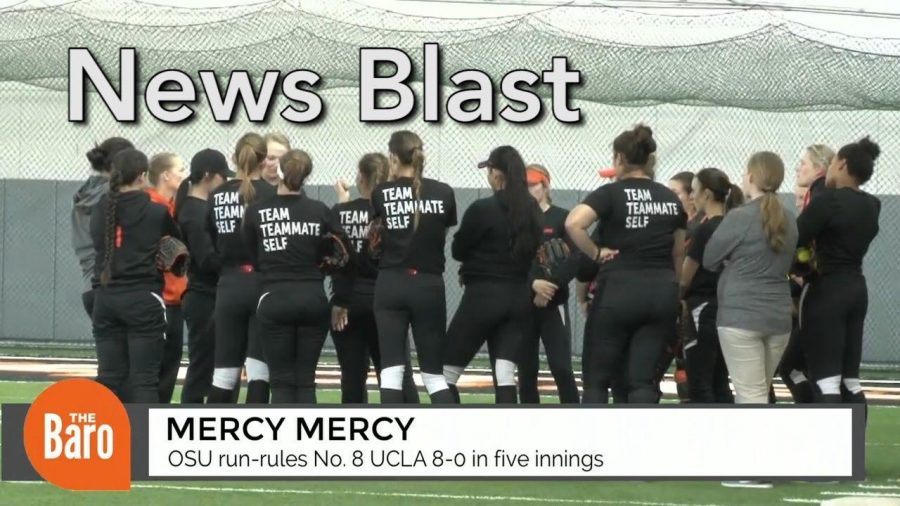 Redshirt senior infielder Natalie Hampton wears the number 15. She chose this number because of Tim Tebow, who plays Minor League Baseball and wears the same number.

“He’s my favorite athlete,” Hampton said. “I just think the way he plays and the way he carries himself is so admirable. Even though he’s kind of controversial and people hate on him. I think he’s a great guy and a great athlete and I want to carry myself the way he does.”

Junior infielder Alysha Everett sports the number five for the Beavers. Her jersey number has no unique significance.

“It was just given to me randomly the first time I ever played,” Everett said. “After that I just decided to keep it. It was the first jersey number I ever got and I’ve just stuck with it ever since.”

Freshman pitcher Nerissa Eason has been the number 50 for a long time. Her jersey number ties back to her stepfather.

Junior outfielder Lovie Lopez wears the number 29 for the Beavers because of her role model Natasha Watley.

“I’ve been playing since I was really young, since I was three or could hold a bat,” Lopez said.  “I first started looking at Natasha Watley. As I got older, I really admire her as a player. I love the way she carries herself in games and off the field. I became a slapper. She’s the reason why I wear the number 29.”

Taylor Cotton has a pre-game ritual while the Beavers are in town. She gets her Einstein’s Bagels and her Dutch Bros. coffee

“Sometimes I get an iced triple kicker or an iced avalanche. Anything that has a lot of sugar in it. Always iced though, never hot.”

Lovie Lopez considers herself to be an old man at heart when it comes to her coffee beverage of choice.

“I’m more of a Starbucks person. I do like the carmelizer. Just a regular black coffee, I’m a old man at the soul. I like to put two Splendas and a half and half.”

Hampton takes her time when preparing for a game. She normally prepares with music to get in her game zone.

“I do my makeup, my hair and then I always text my mom and dad before the game to talk it out and tell them I love them,” Hampton said. “Once I’m on the bus, it’s go time. I always put my left cleat on before my right cleat.”

Hampton has been listening to a lot of classic rock before her games as of late.

Alysha Everett prepares for games by keeping to herself.

“I like to listen to music and get my mind right,” Everett said. “Typically I’m not very social before a game. I like to prepare myself mentally and get in the zone.”

Eason is roommates with teammate Sammi Noland. When she prepares for games, she likes to listen to throwback 2000s hits to get in the zone.

“We get up early, we do our hair, we get dressed, we make sure we listen to music,” Eason said. “We go downstairs and we eat breakfast, then we get ready for the game.”

“If we win a game, I have to do the same thing.” Eaton said. “Play catch with the same partner, do my hair the same way. But then if we lose, I have to switch it up.”

Lovie Lopez doesn’t consider herself to be superstitious, although she does make sure to always put her left sock on before her right.

“I get dressed a certain way but I’m not really superstitious,” Lopez said. “I do have my red bandana hanging on my backpack that I carry with me everywhere.”

Hampton does not consider herself to be superstitious, although she wears a necklace that has family ties.

“This is an Italian horn and all the women in my family wear them. It’s an Italian symbol that wards off evil spirits and brings you good fortune. I always make sure I have this on and I never take it off. I always remember that my parents have my back and I love them and I always make sure to tell them before every game, no matter what happens.”

The softball team will continue the series against UCLA tomorrow in Corvallis. The team took down No. 8 UCLA Thursday 8-0 in five innings.