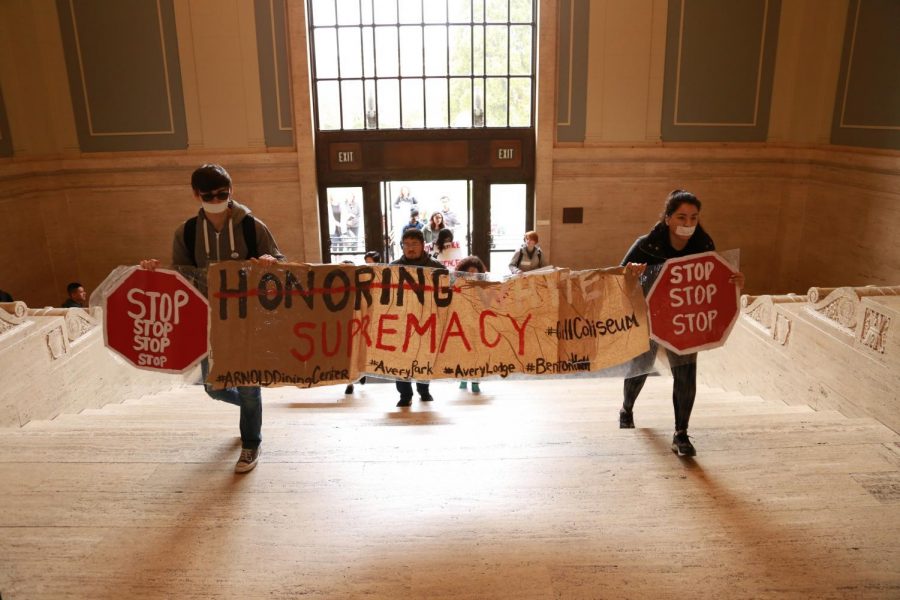 Candidate Jack Woods marching in solidarity with the Organize to Revolutionize protesters.

It’s officially a two-man race for ASOSU Speaker of the House. Running for the office are freshman Jack Woods and junior Peter Halajian.

The candidates have only six more days of campaigning before the voting begins online from Thursday, March 9 and Friday, March 10.

“We misunderstood the rules as far as the grade-point average (GPA) requirement. But they were nice enough to extend the process for me and let me register for speaker,” Halajian said.

Transitioning from running for president to speaker, Halajian reflects on what will change for him and how he will approach this upcoming race.

“The jobs are different, but the outcome is still the same,” Halajian said. “We are all working for the same reason, I am just going to run like I planned on running, and on the same things, and I don’t think that will make a big kind of change.”

Halajian discussed the three main planks for his campaign: finances, increasing involvement with the cultural centers and the environment.

Computer science major Jack Woods is the second and only other candidate for speaker. His experience with student government started in elementary school, and in high school Woods did community service and volunteer work.

Woods wants to go into ASOSU with an eye towards efficiency.

Woods discussed his goal to stay grounded with the more traditional aspects of campaigning for his ticket.

“I will be working to hand out fliers, meet students in dorms on campus. I plan on working and meeting every single one of those voters individually and saying ‘let’s work together and let’s create a coalition to solve these problems,” Woods said.

Kaufman has a lot of experience with ASOSU, having been in the positions of representative, senator and executive director of finance.

Kaufman reflected on his time campaigning for his position.

“It was interesting, it was fun, you get to meet a ton of people and it’s kinda all-encompassing for a couple weeks,” Kaufman said. “I think what worked for me is that when you are talking to students, you have to have some way to connect with them and to make what you are running on seem relevant to their lives,” Kaufman said.