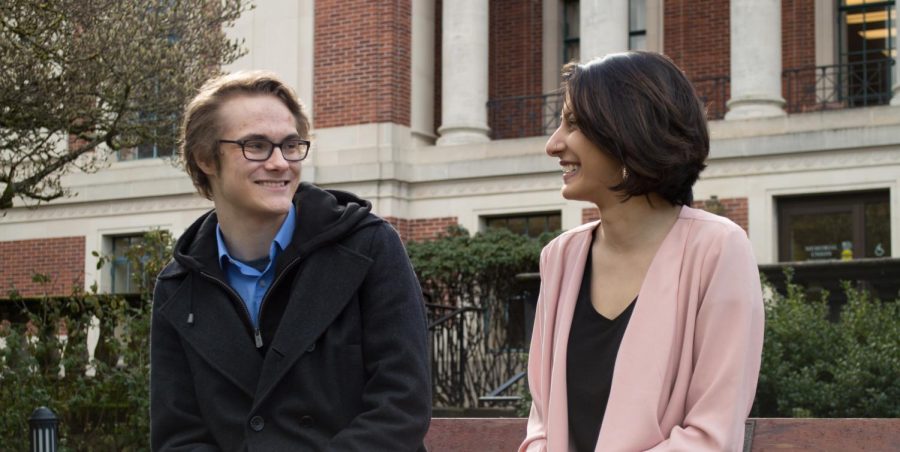 With Oregon State University at around 27,000 students, the ASOSU elections resulted with the winning ticket for Presidency and Vice Presidency receiving a total of a little more than 1,000 votes.

This year’s election was the first of its kind, with the election season being at the end of winter term instead of spring term. Current ASOSU Vice President and Election Chair Brett Morgan was one of the people involved in passing the bill that switched the election season.

One of the main reasons for changing the time period was to allow for the new tickets to have a longer transitional period before taking office.

Morgan said that he is not concerned with the voter turnout–which declined by 4.4 percent from last year–and is pleased with the turnout results.

“There was a little bit of a learning curve for folks to realize that elections were happening in winter term now,” Morgan said. “12 percent was my pragmatic goal, the goal I thought was going to be the most possible of happening, so I was happy to meet that and exceed it by a little bit. It’s also just a lot higher than the average in years past.”

Morgan reflected on last year, explaining that for Speaker of the House especially, there was an extra level of competitiveness which influenced more voting.

“Anywhere there is competition in the election I think just tends to generate more votes because more people are campaigning harder,” Morgan said.

Voting this year was also available on a mobile device which, at one point during the voting period, created some problems.

“Some students, when they got their first emails, were having some issues accessing the ballot, what we do is we have a link that guides them through a first portal which then removes them from a database to not be sent further emails but that sometimes causes issues,” Morgan said.

Morgan looked to the future and hopes that recently elected vice president Radhika Shah, who will be the next elections committee chair, can work with a better program.

“Our system is not perfect, that is something we have talked about,” Morgan said. “I think in the coming year we are going to work the system; we are hopeful next year that we are going to move the system to Qualtrics which will alleviate some of the ballot issues.”

The newly elected ASOSU President and Vice President Simon Brundage and Shah have mixed feelings about the two-day voting period, and believe that was a main factor in why the turnout was low.

“When you have less campaigning days and less voting days it is just going to result in lower turnout,” Brundage said, offering his goal to extend the election season next year.

“Putting it in winter instead of spring makes sense because everyone kinda already knows whether they are going to accept student-staff positions or what they are trying to figure out next year,” Shah said. “Extending the voter period would probably be more beneficial.”

All of the newly-elected students in ASOSU will have the spring term as a transition period until they start their official tenure at the beginning of the next academic school year.