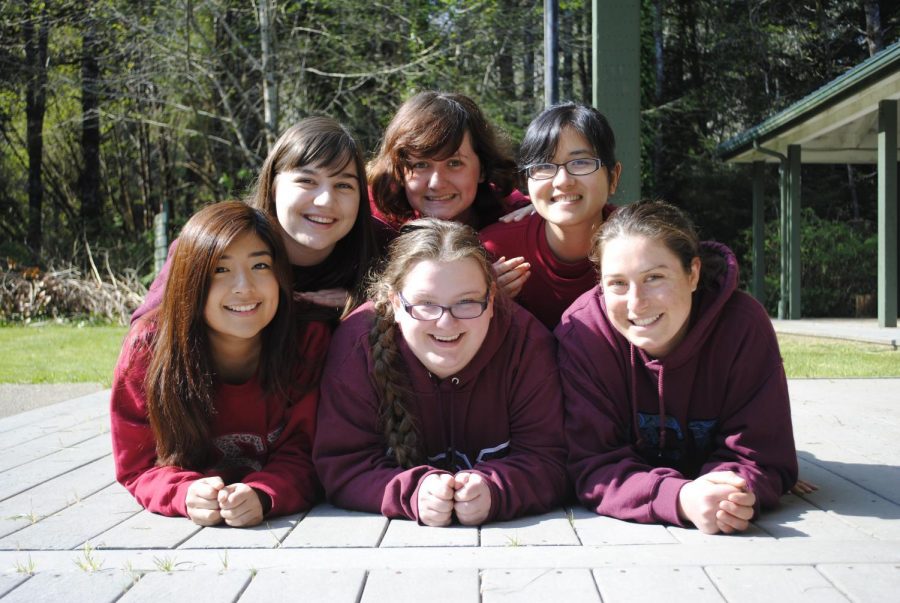 It is estimated that roughly 18-20 percent of engineers are women, according to the American Society of Mechanical Engineers. Phi Sigma Rho is an independent sorority specifically for women in engineering majors. The first chapter was founded at Purdue University in 1984, by Rashmi Khanna and Abby McDonald, who were unable to participate in traditional sorority recruitment due to the high amount of work their majors required. Currently, there are 39 chapters, including the Sigma Chapter at Oregon State University.

Phi Sigma Rho was established at Oregon State in 2005 and is currently led by Natalie Miller, the chapter president.

“What I really like about our sorority is that we are like a typical sorority with events, socials, chapters and we have philanthropies, but we are a bit more understanding of the demands of an engineering major,” Miller said.

With roughly 70 active members at Oregon State, Phi Sigma Rho holds study tables for members to help one another with their academic success.

“After my freshman year I realized I didn’t have the support system I wanted,” Miller said. “I needed to branch out and meet other people that knew what I was going through.”

Phi Sigma Rho gets together once a week for chapter meetings and also holds weekly optional social events. Another important aspect of Phi Sigma Rho is philanthropy. The members participate in philanthropic works conducted by other chapters on campus, as well as volunteering on their own time.

Among the many volunteer opportunities it provides to its members, Phi Sigma Rho helps with a program called Discovering the Scientist Within, where they introduce middle school-aged students to science and engineering.

“We do a short experiment with them and show them that STEM fields are fun,” Miller said.

Phi Sigma Rho waits to pair big and little pairs and initiate members until winter term in order to first establish a sisterhood amongst the members.

“I really like that we are smaller than a lot of sororities. I knew all of the new members before they even joined and I know everyone who is in my sorority,” said Hope Wolterman, a member of Phi Sigma Rho. “I feel really comfortable going to them with my problems or at least saying hi to them. We have a really strong sisterhood.”

In order to attract members to the chapter, Phi Sigma Rho hold events in the fall to recruit members. These events vary from an info night, to an origami craft night, to a board game night to a professional evening with mocktails accompanied by their brother fraternity, Triangle.

Emma Olds, a junior in civil engineering, embraces the differences within the chapter.

“My favorite part about our chapter is how diverse we all are and yet how well we all get along still,” Olds said. “We have girls of all majors with an interest in everything from programming to rock climbing. Despite the differences we’re able to all come together as sisters which is something I think is incredibly impressive with such a large group of girls.”

“I personally like the leadership opportunities. Being president has definitely helped expand my comfort zone,” said Miller. “I feel like that is pretty standard across all of Greek Life.”