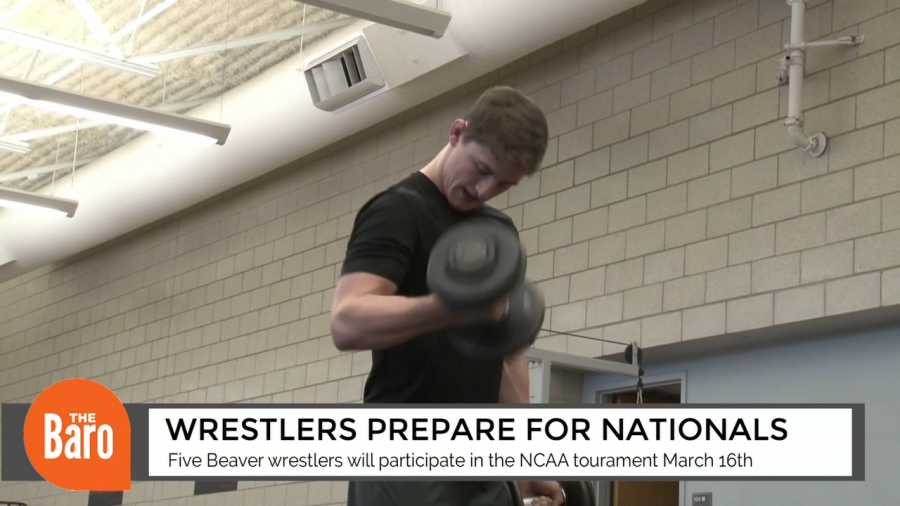 Five Beaver wrestlers will be competing in the NCAA Division I Tournament from Mar. 16-18th in St. Louis, Missouri.

However, the post-season is nothing new for these five wrestlers, as they have all been there before.

Although it isn’t his first trip to the national tournament, Palmer won the Pac-12 133-pound weight class for the first time, clinching the only opportunity for a 133-pound Pac-12 wrestler to advance to nationals.

Griego also won his first individual title this year as well, after taking second just a year ago.

“It was better than second last year, obviously,” Griego said with a grin. “I’m looking forward to seeing the five All-Americans from Oregon State, so that’ll be nice.”

OSU took fourth in the conference tournament, and an injury to freshman Seth Mcleod may have cost them a third-place finish, as CSU Bakersfield edged them out by half a point.

“Mcleod, at 184, high-sprained his ankle the day before we left,” head coach Jim Zalesky said. I think he would have won the tournament. He could try, but he just couldn’t really wrestle.

At nationals, however, every individual will need to perform to the best of his abilities to achieve their desired results in the tournament.

“Just getting to the NCAA tournament, anything can happen,” Zalesky said. “We have two-and-a-half weeks to prepare ourselves to the best of our ability.”

Roberts liked what he saw from the top five wrestlers as well, echoing Zalesky’s praises.

“I think the guys we got left, that are going to nationals, are wrestling at a pretty high level right now,” Roberts said. “That’s what you look for. This is the time of year to be wrestling at that level.”

“Preparing mentally to wrestle a tournament is where I’m at right now,” Palmer said. “A three-day tournament where every guy is a tough guy, I’m looking forward to just going out there to wrestle.”