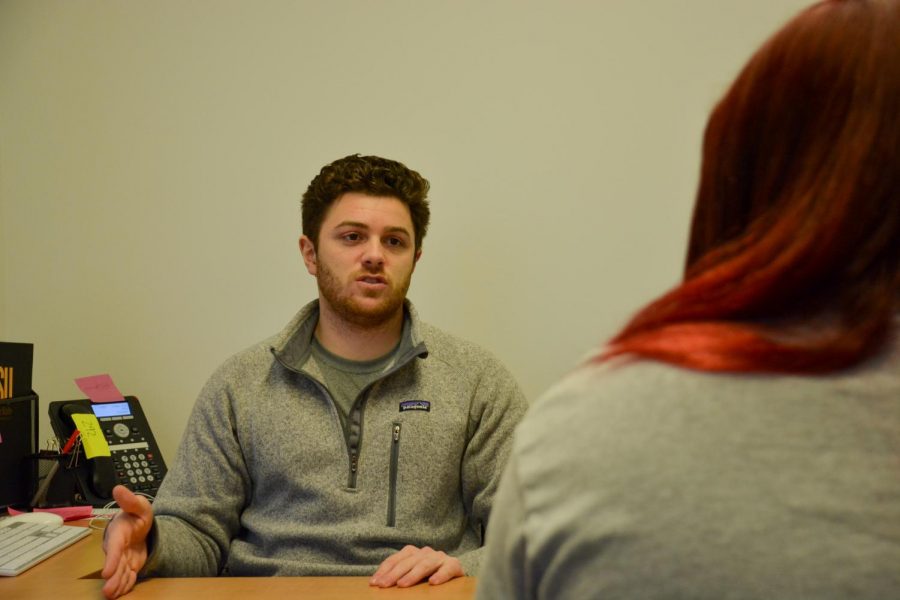 Peter Schwartz, the SIFC chairman, will be part of the mediation committee that will aim to pass on an approved athletics budget.

Following the Feb. 22 session of ASOSU Joint Congress, the proposed Athletics budget for fall, winter and spring fiscal year 2018 and summer 2019 was the only budget not approved by the body.

According to Peter Schwartz, Chairman of the Student Incidental Fees Committee, because the Athletics budget was not passed, the bill will be sent to mediation. A committee comprised of half SIFC members and half ASOSU members will then work to find a recommended fee that is more agreeable.

“Essentially, what will happen is (SIFC) will present our recommended fee level, which is a fee of $38.86 per student per term,” Schwartz said.

Accompanied by the SIFC, the Joint Congress’s hearing aimed to discuss and vote on the sixteen SIFC-proposed budgets for student organizations around campus. These budgets determine the amount students will pay each term for student and incidental fees.

Included in this list of budgets was the proposed Athletics budget.

According to Rachel Grisham, the ASOSU president, Athletics did not have any representation present at the joint session of Congress. Mediation will give Athletics’ representation the opportunity to provide more context to the budget and answer any questions that the mediation committee may have.

“It’s an effort to create a guarantee that students will not only have access to tickets but specific seating,” Grisham said.

The Athletics budget was the only budget that did not pass at the Joint Session of Congress.

According to Kaufman, student tickets are often purchased using the budget money in bulk, and if students do not use them they are sold to the public. This caused concerns for some members of the ASOSU Congress.

“It did pass Senate but it did not pass House; it failed House by only one vote, and the reason cited by some of the members were that they had some concerns about how many tickets we’re buying versus how many are going unused and potentially being sold, and that whether that question was asked by SIFC when they were deciding what the budget for athletics was going to be,” Kaufman said.

“Anyone who voted against (the budget) wanted to send it to mediation,” Kaufman said. “They’re probably going to be the type of people who want to go hash that out.”

During mediation, the budget may be amended or passed as is. The ultimate goal of mediation is to find a budget that can be agreed upon by both the SIFC and ASOSU.

Budgets such as the Athletics budget directly impact any OSU students that pay student and incidental fees. Therefore, mediation is an open event andm given allotted time, students are able to partake in discussion on the budget, according to Schwartz.

“Mediation is an open meeting,” Schwartz said. “Anyone who feels strongly in either direction is open to attend.”