State budget shortfall could leave OSU in a $100 million hole 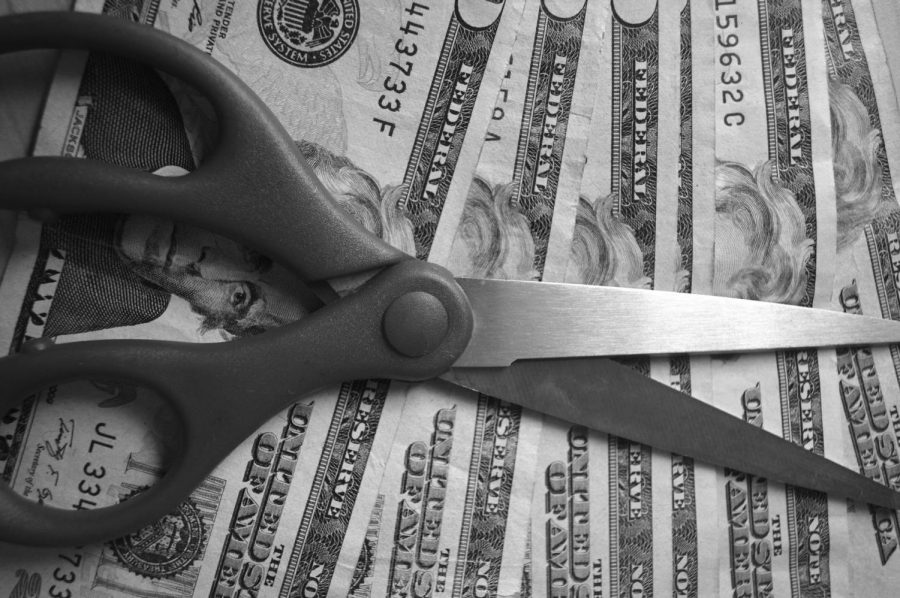 With the state of Oregon facing a shortfall, OSU and other public universities may have to make cuts, and or increase revenues.

With the Oregon state government facing a significant shortfall, the tight budget may extend to public university students.

Oregon Gov. Kate Brown has released her proposed budget for the 2017-2019 biennium, which has the state in a major budget shortfall, and if the legislature approves it in full Oregon’s public universities will be facing their own shortfall. The presidents of all Oregon public universities had sought at least a $100 million increase in funding for the biennium, but received no programmatic increases in the new proposed budget. With the flat funding that the universities currently receive not meeting the increasing costs of both state-mandated programs and their own programs, universities may have to turn to cuts or tuition increases to balance their budgets.

“What we (the public universities) got from the governor was in the realm of $650 million,” said Director of Government Relations for Oregon State University Jock Mills. “We told the governor we needed to do everything that we are doing now and not significantly raise tuition was about $100 million more than that.”

The governor’s proposed budget is the first step in creating a new state budget for the 2017-2019 biennium, and legally is just a recommendation to the legislature. Next, the legislators will come back for their next session and begin to create the final budget based on the governor’s proposal, as well as their own input. There is still a possibility that the universities will receive an increase in funding to cover their costs.

“The governor’s budget is just a starting point,” said Sherman Bloomer, the director of budget and fiscal planning at OSU. “It’s a recommendation and that budget was based on $900 million in revenues from all taxes.”

In the event that the final budget does not include an increase, OSU and other public universities will have to find ways to balance their own budgets. According to Mills, the universities can either eliminate expenses or increase revenues. Eliminating expenses would mean lowering funding for programs for students and faculty, or to eliminate some faculty members entirely. And increasing revenues would mean an increase in tuition for students who already pay nearly 70 percent of the cost for their education.

“When it comes to providing the funding necessary to provide education services we have two basic sources of money, either state appropriations or tuition money,” Mills said.

Oregon Ballot Measure 97, which would have increased taxes on corporations selling goods in Oregon, was estimated to cover the major shortfall that the state is now facing, but would not have necessarily relieved the burden on the public universities. According to Bloomer, the measure did not include any specific appropriation plan and therefore may have not provided any additional funds to public universities, even though it would’ve greatly increased state revenue.

“There would have been a lot more revenue but there wasn’t anything in Measure 97 to guarantee it would’ve gone to higher education,” Bloomer said. “The choices the governor and legislature would have to make would’ve been different.”

The legislature will have to make its decision on a budget during their next session in February. The governor’s proposed budget will influence decisions, but is not necessarily the final budget that will be passed. If the legislature does not increase the funding public universities receive, then all of the universities will face their own tough decisions on how to balance their respective budgets.

According to Bloomer, OSU’s Budget Committee has been working with the Student Budget Advisory Council since the fall of 2016 to set up plans for multiple situations that may arise, such as a decrease in funding, flat funding or an increase in funding from the state. The two are working together to set up a mix of cost reductions, tuition increases and enrollment increases, all of which will depend on the level of state funding. They will present their findings to the university’s board of trustees and Ronald Adams, the school’s interim provost and executive vice president, after the state legislature makes it’s decision.

“The governor and state legislators will have to make decisions on (their) priorities,” Lunch said.