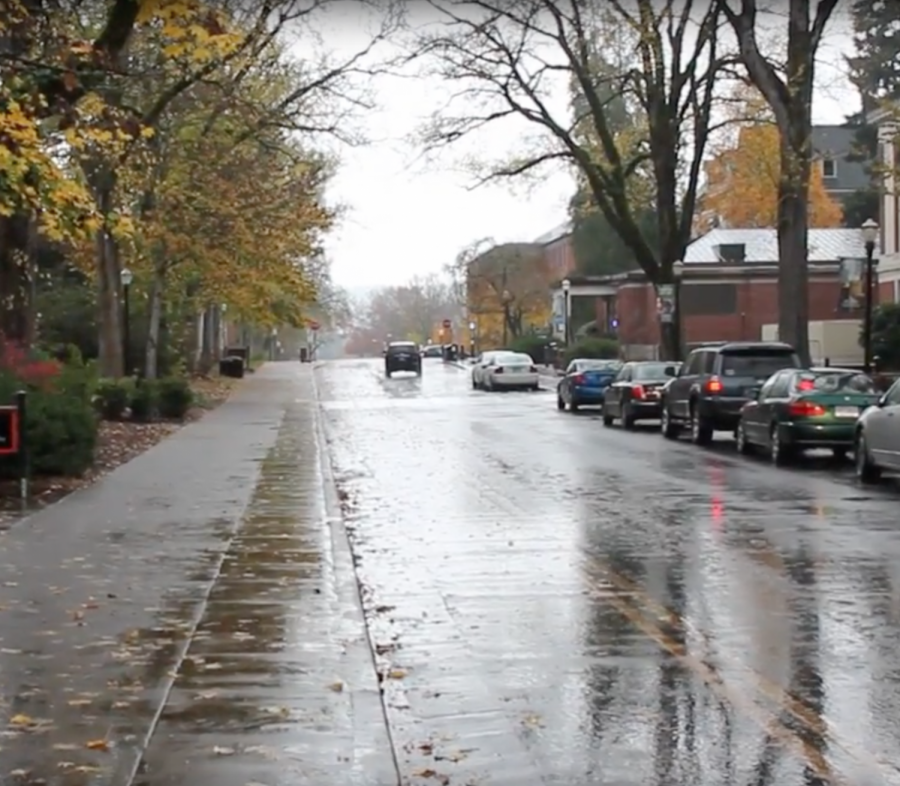 Hyslop Research Farm recorded 1.5 inches over the record of rain in the mid Willamette-Valley last month.

According to Kevin W. Robb, manager of the Hyslop, although it is easy to assume that rain would take some of the strain off of farmers as their crops would be sufficiently watered, October’s record high the outcomes seemed to have more of a negative impact.

“Thankfully we did not see a ton of flooding, but it still delayed our fall fertilizing,” Robb said.

As November being  and winter approaches, no one seems to know what to expect following the pouring rain October brought Oregonians in the Northwest cities, according to deputy director of Oregon Climate Services at Oregon State, Kathie Dello

“The weather forecast for the winter is still up in the air,” Dello said .

Entering the first couple of weeks of November, OSU has seen several consecutive days of sunshine. However, there are no concrete predictions that the forecast will remain sunny, according to Dello.

Farmers are not the only ones impacted by the constant downpour. Students and residents are overwhelmed with the weather, as well, such as public health graduate, Stephany Mgbadigha.

“I have lived in Oregon for most of my life so I have gotten used to rain, but sometimes I feel like it has been raining for weeks straight,” Mgbadigha said.

With the sun finally coming out, fellow Oregonians are relieved to have a break from the heavy rain. They are not the only ones. Students from out of state are still adapting to the constant fluctuation in weather, such as Arizona native Taylor Kalmer, a sophomore in interior design.

“It does rain in Arizona, but obviously not as much,” Kalmer said. “It rains like an hour with thunder, whereas here it just rains hard all day.”

For Kalmer, this transition to the Oregon record breaking rain has proved difficult.

“I’m still getting used to it,” Kalmer said. “I didn’t realize how cold and how much it rained.”

With record breaking rain over the past month, preparation is key for all students, according to Mgbadigha.

“Prepare yourself for a ton of rain, invest in rain boots, raincoats, and umbrellas,” Mgbadigha said.

For more information regarding the Hyslop Research Farm study, visit the College of Agricultural Sciences webpage.