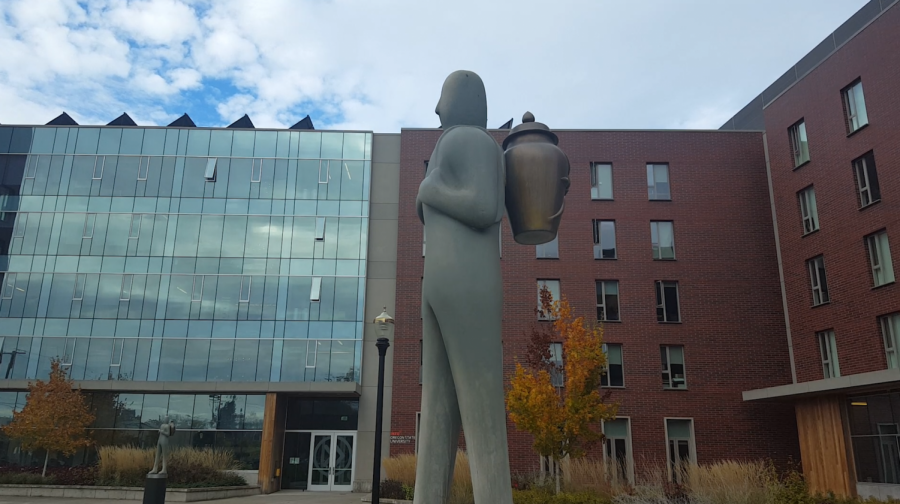 Several international students at Oregon State University have kept up with the American presidential election, and have formed their opinions on the candidates.

With the presidential election around the corner, the American people are not the only demographic concerned with this race. International students on the Oregon State University campus have accumulated opinions regarding the candidates, even though they cannot vote.

International students, such as Vernokia Kizlove, who is from the Czech Republic, have been paying close attention to this race, and are bracing for the international impacts.

The American presidential election is not only contained within the states, but also gains international recognition, according to Kizlova.

“I think that we don’t like to admit that you guys are the most perfect country in the world, it is actually true and then when something as big as the presidential election is happening like everyone pays attention because it actually affects the whole world,” Kizlova said.

According to Kizlova, many international students believe that Democratic Presidential Candidate Hillary Clinton is a good politician, and her vast history within the political field gives her an edge in this election.

“I watched the debates and for me what Hillary said makes sense but it’s also because she knows how to act,” Kizlova said. “She has been into politics for ages so she knows how to play the game, so maybe that’s her advantage.”

For Abdulrahman Rafak from Saudi Arabia, however, Clinton’s political background does not make up for her untrustworthy history, which makes her less qualified to be president.

“But Hillary Clinton sometimes she covers her words in her mind and she lies, usually she changes her words, what she said something today, tomorrow she changes it,” Rakaf said.

A lot of international students also believe that Republican Presidential Candidate Donald Trump is very open in his opinions, regardless if those opinions have a negative impact on the people around him, such as Emad Althobaiti from Saudi Arabia.

“Donald Trump gives strong speech when he speaks. He doesn’t care about other people, but he’s honest. He says all what he wants in his heart,” Althobaiti said.

Although Donald Trump has strong opinions and is open, his opinions still can have negative impacts on international relations, according to Gabriea Santos, who is from Mexico.