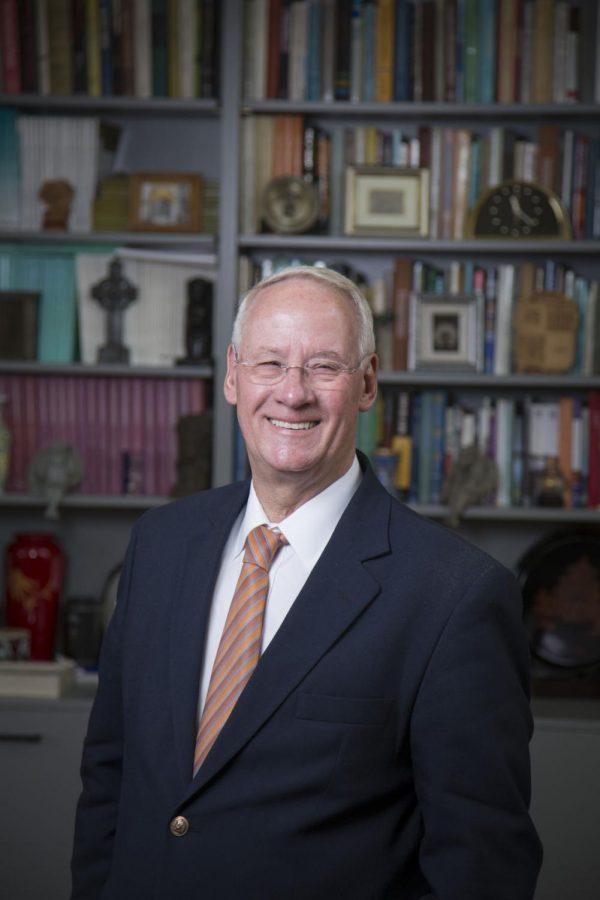 On Monday, Nov. 21, President Ed Ray confirmed that Oregon State University is a sanctuary university in response to campus protests.

OSU and other universities across the U.S. staged a walk-out Wednesday, Nov. 16 in response to the 2016 presidential elections results.  Nearly 100 students marched together into Kerr Administration building to approach President Ed Ray and ask for answers on their safety.

In response, Ray expressed sympathy in the email on Monday and acknowledged the fact that a response would be coming soon.

“But as an institution, let me be clear: Oregon State University is fully committed to diversity of all kinds, and we stand united for inclusivity and the safety of all people. Oregon State will be a sanctuary university for its students,” Ray stated in the email.

Ray continued by establishing that OSU does not and will not enforce federal immigration laws as well as opposing federal effort to establish a registry based on identity.

Ray also stated that Governor Kate Brown will follow up to provide further guidance on Oregon’s status as a sanctuary state in the coming days.

Steve Clark, vice provost for University Relations and Marketing, clarified that Oregon State is, and has been a sanctuary campus. According to Clark, the goal of Ray’s email was to alleviate any doubt students may have regarding their safety.

“That was the purpose of the email communication was to confirm for individuals who may be concerned to communicate what is the role of Oregon State University as a university not as a law enforcement agency,” Clark said.

Provost for International Programs Mark Hoffman believes that Ed Ray is taking a step in the right direction, and making sure all voices on campus are represented.

“We definitely have a leader in President Ray who embraces diversity, he embraces all the international aspects of our campus. He’s a real champion for people in our community,” Hoffman said.

For more information regarding the campus sanctuary story, be sure to follow The Barometer’s next edition, printing Monday, Nov. 28.