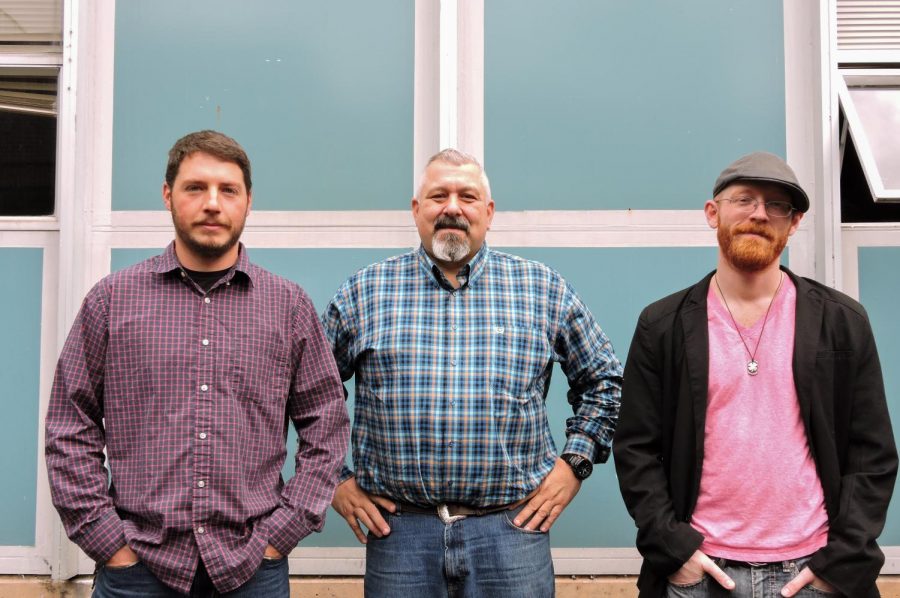 For Donald Phillips, the army provided a mixture of experiences. While there were inevitably frustrating and difficult situations, he appreciated certain aspects of his service, such as the camaraderie he found among his fellow soldiers.

“Friendships you build in the military are a lot faster to form and a lot deeper than often formed in the civilian world because when you start talking to or meet another service member, you already have a spectrum of things in common, like you already know how much life can suck,” Phillips said.

Phillips, a senior at Oregon State University, joined the military when he was 18 and served from 2007 to 2011. He was trained as a medic and spent one year in Iraq. When he was not in Iraq, Phillips was stationed in Fort Bliss, Texas.

“The most inappropriately named place in the military,” Phillips said.

Phillip’s experience in the army made him realize that he wanted to go into a field where he could help others. When he was a medic, he worked directly with people who needed mental and physical help.

His decision to go into a field where he could help others was was further solidified through an experience that he had shortly after returning from Iraq. Phillips spoke with an old roommate who was going through a divorce and his friend confided that he had been having suicidal ideations.

“I accompanied him to the local hospital and got him checked into emergency care, and that was when I kind of decided that counseling, psychology and veterans advocacy were a thing that I was going to be working toward,” Phillips said.

Phillips began his educational journey a year after getting out of the service, carrying with him a passion for helping others. He attended Linn Benton Community College before transferring to OSU to pursue a bachelor’s degree in psychology.

Phillips has appreciated finding members of the OSU community who have also served in the military. He has found a sense of community by going to the Veterans Lounge in the Memorial Union. He feels that veterans can relate to each other and are bonded through the similar experiences that they have shared.

“Going through stuff like that, it’s hard to adapt from a mentality you’ve set in a war zone to coming back to a place where things aren’t quite as high energy, so you sometimes have inappropriate responses,” Phillips said.

The Veteran’s Lounge is where Phillips and a few other veterans restarted the Veterans and Family Student Association, which is an organization that supports veterans by providing community and advocates for veteran interests.

“While I was [VFSA] president, we got OSU to implement priority registration for veterans using benefits,” Phillips said.

Rebecca Mathern, the OSU Registrar, was also involved in making this change.

“And this [first term priority registration] was helpful for our new veterans, but it didn’t have much of an impact for our current veteran students who are already on campus,” Mathern said. “And so through some discussions that we had over the past, I’d say 18 months, we worked really closely with Donald and other veteran students on campus to make a determination that the institution was going to give priority registration to veterans who receive benefits and dependents of veterans who receive benefits.”

Veteran’s benefits only last for four years, and so students are often working overtime to get the classes that they need in order to graduate on time and still receive benefits. This is why priority registration is so important for those receiving veterans benefits.

“And so there’s a lot of stress involved in it because if you end up at 18 credits in your junior, senior year, you have to take 300, 400 level classes plus other things to fill it in,” Phillips said.

“You are just going to run yourself into the ground. I’ve had friends who are like, I’m just trying to figure out which class I’m going to fail this term.”

James Kemp, a veteran attending OSU, served in the army as a Combat Engineer from 1998 to 2001, reiterated the difficulty that veterans and their dependents have finishing their education within time period their benefits last.

“This can be especially difficult for non-traditional students, who often have to balance families, work, service related health problems, and even continuing military obligations, along with their education,” Kemp said. “Priority registration will certainly help those using VA benefits get the benefits they are entitled to.”

Kemp also pointed out that this change in veterans benefits will not only help veterans, but also their dependents.

“Some of those receiving these benefits are the children of service members that served for 20 years, are disabled due to their service, or gave the ultimate sacrifice in service to their country,” Kemp said. “Even a seemingly minor change like this can really help.”

With the time he has left at OSU, Phillips, along with other people passionate about veteran advocacy, are pushing for a central location that will house all of the veteran’s resources in one location.

“We’d like to have a place where all of the veteran’s resources on campus can be under one roof, and students don’t have to go hunting to find stuff,” Phillips said.

Phillips hopes to attend George Fox University after graduation this winter to pursue a degree in mental health counseling.

Kemp applauded the work that Phillips and Willie Elfring, the Military and Veteran Resource Advisor at OSU, have been doing

“Props to OSU and the veteran community here at OSU,” Kent said. “This [veteran’s priority registration] would not have happened without the hard work of Donald Phillips, last year’s president of the VFSA, and Willie Elfering.”