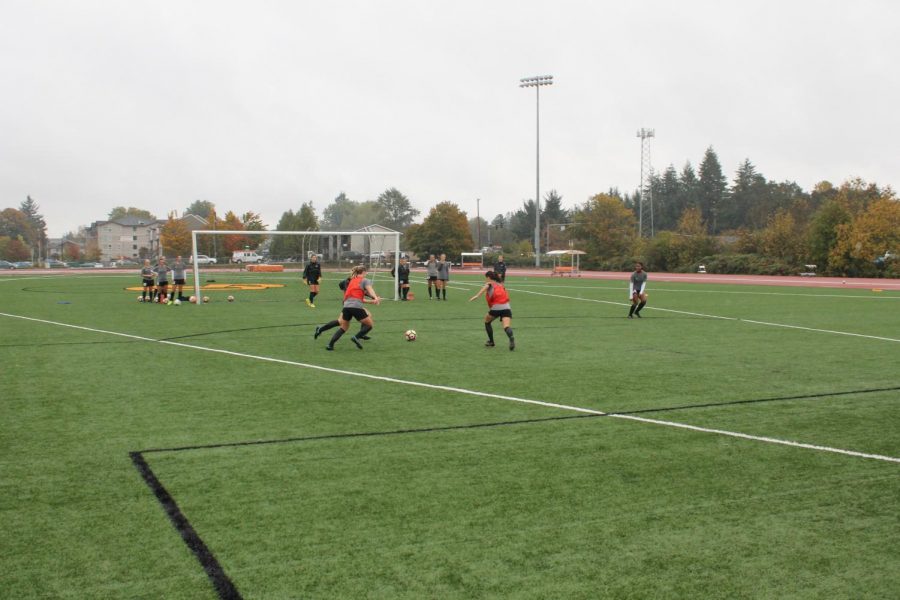 Beavers are still searching for their first conference win

With five Pac-12 teams ranked in the top-30, finding a conference win can be a tall order. For the Oregon State women’s team who is still trying to breakthrough with a Pac-12 win.

Getting that first conference win will be a challenge as the Beavers (5-7-2, 0-5 Pac-12) host the nation’s third-ranked team, the Stanford Cardinal Friday night at Paul Lorenz Field in Corvallis.

For the Beavers to pull the upset against the Cardinal (11-1-1, 4-1) they are aware that they need to play with effort from the opening whistle.

“We need to all come out with the same mentality to play hard and listen to the game plan set up before the game,” said senior midfielder Sabrina Santarossa.

Heading into the weekend, Stanford is tied for the Pac-12 lead in goals per game with 2.31. While Stanford boasts on of the conference’s top attacks, they get it done with a balanced attack.

No Cardinal players ranks in the top-10 in scoring in the Pac-12, but junior midfielder Andi Sullivan, senior forward Megan Turner and sophomore midfielder Jordan DiBiasi all have netted at least five goals this year, with DiBiasi scoring six.

In last year’s 3-0 loss to Stanford, junior goalkeeper Bella Geist had a career-high 10 saves. She looks forward to the challenge that Stanford presents.

“I love playing against Stanford,” Geist said.  “They are a really great team and it’s always a good match.”

Stanford allows .92 goals per game on average this season, ranking in the top half of the Pac-12, even though they rank last in the conference in saves per game at 2.62. The Beaver offense will need to get the ball onto Stanford’s side and past their strong defense and put shots on goal.

Oregon State has only scored one goal in conference play through five games, Head Coach Linus Rhode believes that the team just needs one goal to jumpstart the offense.

“We need to break the ice and put one in the back of the net,” said Rhode. “After that we can open up the floodgates.”

To take down the third-ranked team Friday night the Beavers will need a team effort from start to finish.

Coaches and players echoed that it would be a team effort to take down Stanford, and that no one player would be able to do it on their own.

The game is scheduled for 7 p.m. at Paul Lorenz Field.