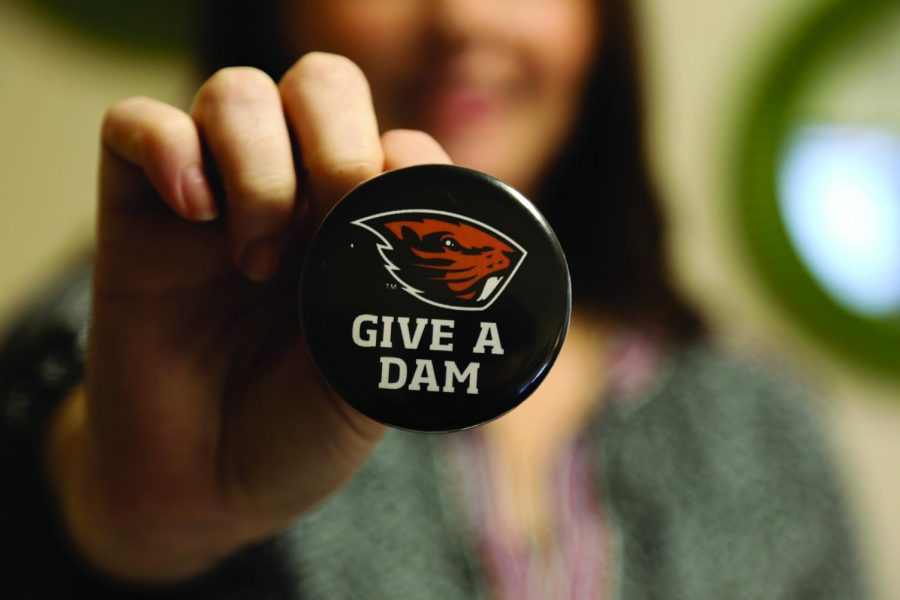 Beavers Give a Dam provide tailored classes by professional facilitators to educate students on bystander intervention.

Beavers Give a Dam program works to inform students on bystander intervention, has already trained 1500 students from infinity groups

Thousands of student’s phones buzzed in unison as another school-wide alert was sent out, notifying readers of a reported sexual assault that occurred to a member of the Oregon State University community a few weekends ago—and then again the next.

Rachel Grisham, the ASOSU president, addressed the reality of the high rate of sexual violence among the college population.

Grisham has made student safety her top priority by becoming involved with Beavers Give a Dam, an evidence based, bystander intervention program. Beavers Give a Dam was created by Michelle Bangen, the associate director for prevention and wellness at OSU.

“One of the things that I really like about bystander intervention is that it’s a community based solution,” Bangen said. “It’s not a blaming or shaming program.”

Facilitators of Beavers Give a Dam provide tailored classes taught by a professional lead facilitator and an undergraduate co-facilitator. Grisham has co-facilitated, and said that she believes that it is effective having a peer-to-peer style class. Fifteen hundred students have participated in Beavers Give a Dam, including all Panhellenic sororities, a handful of IFC fraternities, RAs, and almost all of the athletic teams.

“Any infinity group on campus that wants to be more active and a better advocate on campus for ending sexual violence should definitely take this training,” Grisham said. “It’s one of the best, in my opinion, that the campus offers.”

ASOSU was considering passing legislation on Oct. 11, that would mandate all members of the Greek community to participate in the Beavers Give a Dam program, however this legislation was not presented because it was no longer seen as necessary.

“IFC and Panhellenic were already working on what we wanted to do,” said Brett Morgan, ASOSU vice president.

There are also efforts being made on the national level to prevent sexual violence. The “It’s On Us” Campaign was started by the White House under the Obama administration. ASOSU has joined the movement.

Anyone can take the “It’s On Us Pledge,” which is a commitment to both recognize what sexual violence is and to take action against it.

Rae Madison, the coordinator of wellness affairs at OSU, said that ASOSU is planning on having an event around the “It’s On Us” Campaign every term.

The student body government within the PAC 12 conference is currently working on an “It’s On Us” video, which should be released by the end of this week on YouTube.

Another resource for students who have been victims of sexual violence is the Survivor Advocacy Resource Center, which works to provide confidential support.

“It’s our job as student leaders and as student government and the administration to keep our students safe,” Grisham said. “It’s our number one priority. Because if we can’t keep students safe, they can’t succeed academically. There’s no way.”