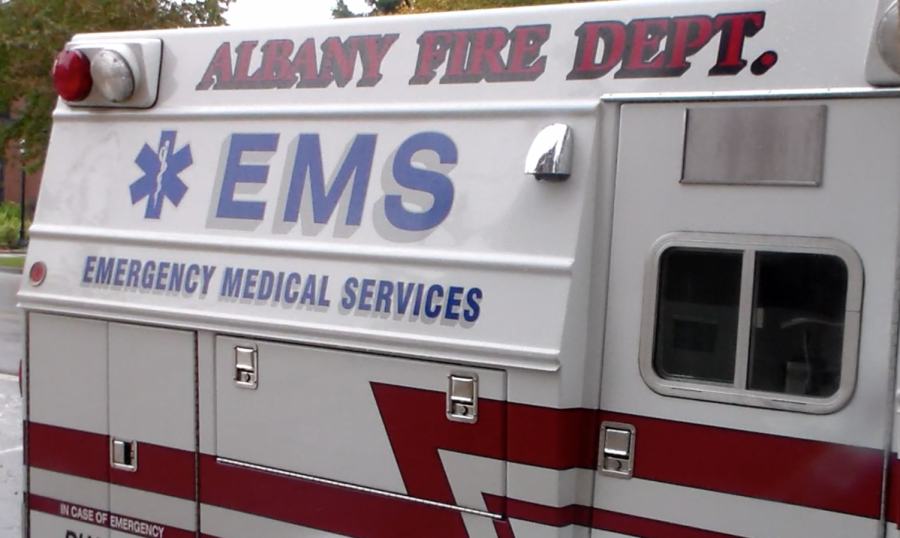 Over 130 volunteers gathered at Reser Stadium this morning to participate in the Great Oregon ShakeOut, which prepares campuses for earthquakes.

At 10:20 a.m. the students of Oregon State University drop from their desks onto the floor, rolled under their desks and held on to the nearest stable object.

This marked the annual Great Oregon Shakeout, a nationwide program which prepares campuses for potential earthquakes, sponsored on campus on every third Thursday of October.

This week OSU held two events in an effort to prepare students for potential earthquakes.The first event was a simulated Mass Casualty Incident Plan at Reser Stadium where all community members were invited to participate. Early this morning, 130 volunteers simulated an explosion, and were equipped ambulances from three Oregon counties.

After the Mass Casualty Incident Plan, OSU prepared for the Great Oregon ShakeOut, an earthquake drill across the campus in classrooms and offices.

“What we ask of students is for only one minute to drop, cover and hold,” said Michael Bamberger, the head of emergency preparedness at OSU. “Being prepared is important and we, as of all of Oregon, are getting better prepared, but are we where we need to be? The answer is no.”

The Great Oregon ShakeOut, started in California, has gained traction throughout Oregon due to the Cascadia fault line, which has been due to disrupt for over 100 years.

According to Andrew Meigs, a geoscience professor on campus, the Great Oregon ShakeOut will aid the state of Oregon in case of disaster.

“It’s designed not only to raise awareness but also to test vulnerabilities in the regional response to a major disaster,” Meigs said.

Being prepared for the earthquake will benefit students because the situation will be life and death, according to Bamberger.

“You should plan to stay alive for two weeks after the earthquake has struck,” suggests Bamberger.

Even though The Great Oregon Shakeout happened this morning with a good turnout, not many are educated on how to become prepared for the long run of what happens after the earthquake hits, according to Jessica Moore, a climate science student.

“I know that the Oregon fault is overdue for a quake and I honestly am not ready or prepared, but we need to make that step to start getting prepared,” Moore said.