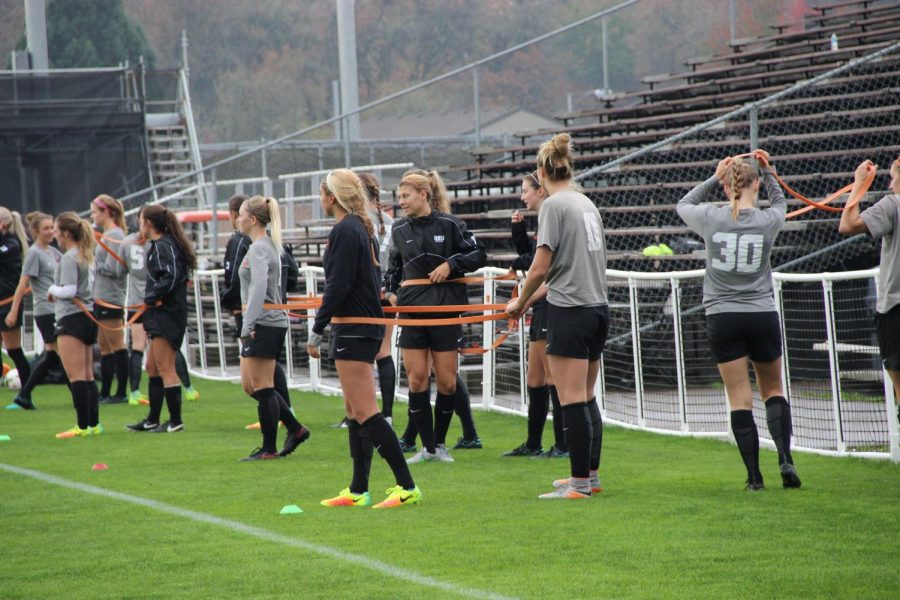 After an up and down week where they notched their first Pac-12 with a 2-0 shutout against Arizona State then lost 3-0 three days later to Arizona, the Oregon State Women’s Soccer team will travel to Washington and play Washington State Thursday and University of Washington Sunday.

The game Sunday against Arizona looked good at the beginning but the Beavers were unable to capitalize on early chances to put a goal in, and Arizona was able to ramp up the pressure. The team is looking to regroup this week and pick up some wins.

“We had a loss Sunday but we are past it now,” said junior goalkeeper Bella Geist. “We are ready to get some wins this weekend.”

The Beavers have been working on the team portion of the game this week, all practicing together instead of splitting in groups to get ready for the tough competition this week.

“We worked out together on Monday instead of splitting up to rest some players as a reminder we are all in this together,” said Baker.

Oregon State and both the Washington schools are almost even in goals scored and allowed averages and have the same in conference records this season. The games look to be closely matched and the Beavers believe they are up to the challenge.

These are the last games before the Civil War November 4th in Eugene. The Ducks are ranked slightly above the Beavers in the Pac-12 with two wins and six losses in conference. Oregon State is looking to pick up some wins before the end of the season and they would jump out of this tie with the Washington schools with wins this weekend.

“Despite what some scores might show I think we have improved drastically this year over the past two seasons, no matter how the rest of this season plays out,” said Geist.

The Beavers are looking to capitalize on any opportunities they get to score this week to pick up these wins. Head coach Linus Rhode said they were planning to attack from “out wide” in order to use the whole field.

“We feel good (about the games) they will be competitive matches for sure,” said Rhode. “It’ll be about who executes when they have their opportunities.”