Anesat León-Guerrero works towards creating an inclusive space at OSU 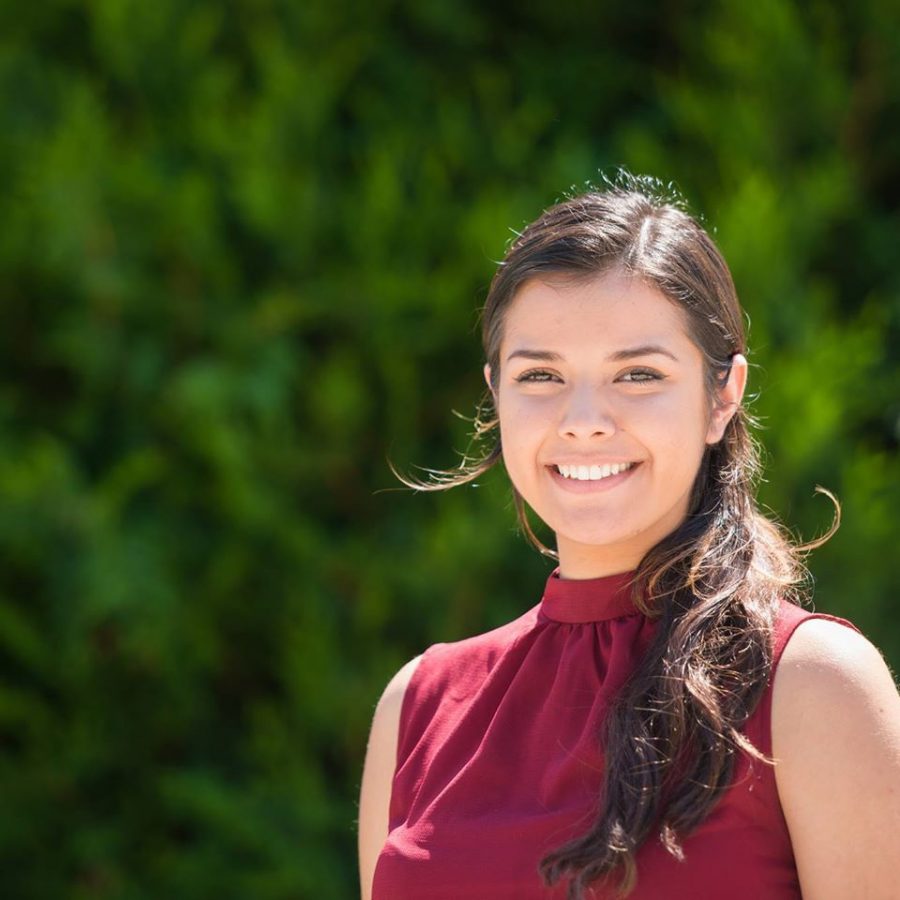 Through her position as ASOSU Executive Director of Diversity Programs, Anesat León-Guerrero emphasizes a need for building campus connections this year.

Anesat León-Guerrero has faced barriers. Coming from a migrant family in rural Eastern Oregon as a first generation college student and U.S. American, she has felt the constraints of being a minority. During her time at Oregon State University, León-Guerrero strives to break down those barriers for other students every day.

León-Guerrero is welcomed by ASOSU as its newest Executive Director of Diversity Programs. This academic year, she emphasizes a need for building campus connections with Cultural Resources Centers, promoting community inclusion and championing campaigns to promote a stronger sense of community at OSU.

“It is imperative to get the voices of students from different communities, so as a collective student body, we can enact change by informing admin that there needs to be a policy enacted, a procedure or a shift in campus culture,” León-Guerrero said.

León-Guerrero has become a strong advocator for cultural inclusion and helping build connections within her community.

Her personal experiences as being labeled a minority and having been involved with diversity engagement workshops at OSU have given her a unique view on the importance of equal opportunity and learning how to strive in a society that isn’t always as inclusive as it could be.

“When I first got used to the idea of being a college student, I felt the stereotype threat really came in. (Feeling that) being a person of my identities shouldn’t be in college, because the university system was not catered to me,” León Guerrero said. “There were social barriers and financial barriers that I experienced, that the general student from dominant

Despite these barriers, León-Guerrero was able to rise above and has gained innumerable life skills. Through the years she has been at OSU she has learned how to “take on leadership positions, and really focus on owning the leadership position; not saying sorry when making a statement (and)

Within ASOSU León-Guerrero strives to tackle issues on social justice and inclusion; especially concerning students of color and students of low income families. She recognizes that OSU has traditionally been predominantly white in both student body and faculty, and that in recent years it can be seen that more students of color and multiculturalism are on campus.

As good as she views this influx to be, León-Guerrero still has her concerns.

“The higher education system isn’t prepared to receive the diversity that the U.S. is creating,” León-Guerrero said.

Universities are in need of programs to assist these students. This is exactly where she comes in as Executive Director

According to León-Guerrero, her goal is “providing students with opportunities for professional development. Be that conferences or networking with students and admin, internships, and developing and directing programs that serve communities of color and intersecting identities, such as gender, sexuality and social status.”

León-Guerrero and her diversity team are currently working towards the upcoming 16th Annual Oregon Students of Color Conference on Nov. 11 through 13. The conference is geared for students of color, including students of color with intersecting gender and sexuality, to hear presentations, engage in networking, receive education on social and political inequalities and develop methods of positive and empowering action.

Marquina Mendiola Hofschneider, a diversity team member, is keeping involved with the OSCC. Hofschneider attended the conference last year, and this year has been working with León-Guerrero to gather support for the conference and to generate ideas for workshops.

Hofschneider describes León-Guerrero as a student leader who is “straightforward and honest. She has incredible decision making skills and I would say her leadership style is a mixture of participatory and authoritative while she values group input, she also knows when it’s more appropriate to take the initiative and make the decision herself based on her instincts. And I’d say that’s a good attribute to have as a leader.”

León-Guerrero happily expressed that her proudest achievement is her diversity team.

“They have passion… I was very happy to hire a staff that is all of color and they have different identities that range from being queer, international, having different areas of studies, living experiences,” León-Guerrero said. “That’s probably my proudest moment because with this kind of work that we do, it is extremely vital that the person that is communicating to student groups, trying to build community, has that awareness of who they are personally and at the same time, how to interact with different people.”

In addition to her pride in her team, León-Guerrero is also looking forward to helping them develop additional hard and soft skills. She wishes to assist them in skills that are not taught in a traditional classroom, such as how to craft a letter, how to make requests for goods and services and how to follow up with others. Hofschneider reflects that León-Guerrero has inspired her to use more inclusive language, such as using gender neutral pronouns.

In addition, León-Guerrero challenges her team to be more and to do more than what they have limited themselves to. In particular she encouraged Hofschneider run for a seat on the ASOSU Senate, which Hofschneider connects to her current involvement with ASOSU.

“She has been pushing me to do things that even I don’t think I am capable of doing,” Juárez said.

Juárez is always pleasantly surprised by the professional network León-Guerrero has built over the years and how she always knows just who to contact. This network, and skill to navigate it, leads Juárez to believe León-Guerrero will lead ASOSU to build strong ties with Cultural Resource Centers across campus and develop a better foundation of relations.

If Juárez were to describe León-Guerrero in one word, it would be: dynamic. Not only can León-Guerrero enact change, but Juárez believes that people take notice of it, and that she leaves a lasting impact.

Despite being from the land of watermelons, León-Guerrero is not too fond of them herself. She’d much rather enjoy a spicy flavorful dish. She also happens to be quite fond of succulents.