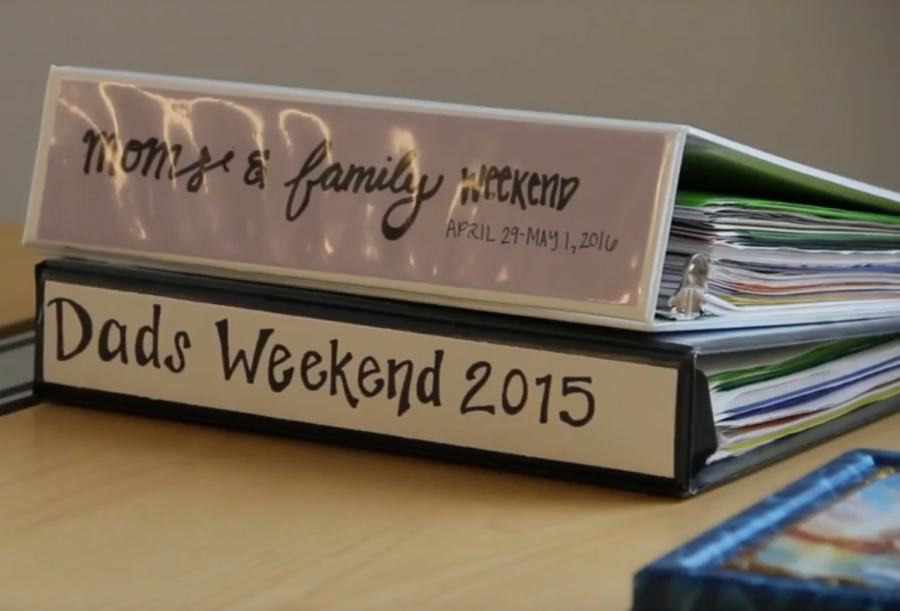 OSU Dad's Weekend has been changed to Fall Family Weekend, welcoming all family members Nov. 18 through 20.

The Fall Family Weekend, is coming up on Nov. 18-20. The weekend used to be named Dad and Family Weekend, but because of complaints from both students and family, Oregon State University Program Council and administrators worked to change the events name.

Kelsey McCall, a student within OSU PC and one of the Family Weekend event coordinators believed it was time to change the name because of all the issues that made the event less inclusive.

“We were seeing recurrences of people feeling though they couldn’t attend that event because they didn’t have families or the gender association of the gender normativity of the weekend was being displayed in a way that made them feel unwelcomed,” McCall said.

The overall name change did not take that long once the ball got rolling. It began with the administration seeing the complaints and wanting to make a change for the event in the future.

“[The administration] saw it from other sources and I think because of that they figured out a way that hopefully we can step in the right direction,” McCall said.

The history of the event has always been a way for students to share their college experience with their friends and family, through games and activities. Some events from past years include a Dad’s Golf Tournament and comedy shows. Caroline Loe, one of the Family Weekend coordinators, believes the name change was a great way to make the event more inclusive for all families and all genders.

This change was sparked by both OSU PC staff members and the upper-administration, who wanted to take a step forward in making the OSU event more comfortable for every person involved. This change was something both believed needed to happen and 2016 was just the right time for this big of a change.

Angela Pagliaroli, a graduate assistant in OSU PC, believed that the time was right to take the plunge with this event.

“There was enough momentum, moving in the direction of trying to make it more inclusive,” Pagliaroli said. “We just kind of decided this year that we’re going to go ahead and take that step in that direction and we’ll kind of figure it out as we go and get everybody on board.”

The Family Weekend team already has events planned out to help make the event more inclusive, such as a welcome tent at the beginning and event an art showcase with art from the students.

Making the events less about gender and more about friends and family enjoying their time with their student is important to the event coordinators, according to Pagliaroli.

“We’re really trying to get away from gendered activities, because I think that really limited people previously as well,” Pagliaroli said. “It’s much more centered on you spending time with your person and having that quality time with your student, verses it being an activity that instantly puts people into a box.”