Filling a Hole in Corvallis 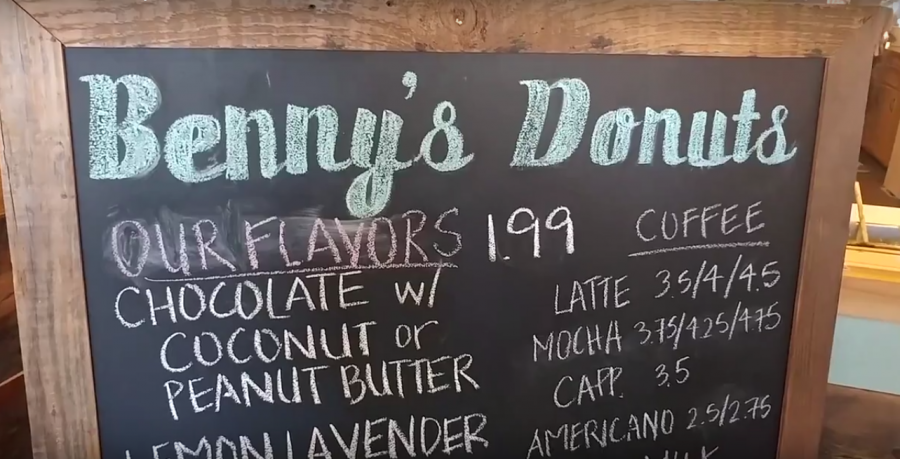 It began with a dream, a family recipe and some help from a friend–and Benny’s Donuts was born. On September 24th, the local donut store celebrated its Grand Opening in their new downtown location.

Upon graduating from OSU in December 2015, Benny Augeri decided to venture into a business that filled a need that Corvallis had: a donut shop. Benny’s Donuts started off as an online late-night delivery service that delivered fresh donuts to its customers. As its customer base grew, Augeri realized the potential the business had to grow and expand. With residents that were out of the delivery range, some who did not want delivery to their house, and some who wanted donuts during the day, a brick-and-mortar store only seemed like a great idea.

“We wanted to make it interactive for families and other customers. So we thought a brick-and-mortar was definitely the right next move for us, and now it gives us this ability to branch out into more than just donuts and coffee,” said Augeri.

To come up with the store design, Augeri toured around Portland and Seattle to gather inspiration from other coffee shops. He wanted the store to be a do-it-yourself project with the end result being a place where people could enjoy what Corvallis had to offer. Together with his friend Nile Dreiling, they came up with sketches and design ideas.

“Ben and I would just discuss and brainstorm ideas for design and how we wanted the place to look… Ben would draw something up and I would work with him on it, and we would essentially come up with an end product that was almost always better than we expected,” said Dreiling.

The interiors in the store, from the tables to the shelves, were all handmade. It was a 3-person team project that took 18-hour days of hard work and labor from the beginning of August up until its opening. Augeri and Dreiling both took pride in the final outcome of the store, with its welcoming, cosy interiors that was unlike anything else in Corvallis.

“I used to order Benny’s Donuts online and now it’s really cool that there’s an actual store that I can walk into and order donuts during the day. I love what they have done to the space and I definitely see myself here during weekends to enjoy delicious donuts and coffee,” said Megan Ooi, a student at OSU, as she took a bite of her customized lavender and coconut donut.

Benny’s Donuts is located on 116 NW 3rd St. and serves freshly-made donuts and coffee daily from 7a.m.-3p.m., with delivery from 6 p.m. to 11.p.m. With a team of 8 full-time employees, they are focusing on getting their storefront moving smoothly before lengthening their delivery hours.